Starkel was put in a high pressure situation twice-------

-----and you could see he was rusty from not playing a lot recently. He could have thrown a better pass or thrown it away on the interception and he seemed to panic a little with 32 seconds to go 60 yards with no timeouts. They said there were wrong signal boards that might have led him to believe the coaches wanted him to throw on the last play and not spike. So that and the fact it was not his fault that there were no timeouts available makes the end of the half fiasco not all on him.

If he was given a chance to run the offense in a normal situation, it might have been a more successful way to be the QB for the first time at Arkansas. He showed a quick release, some good arm power, and seemed to be mostly making good decisions in his very brief appearance. I am thinking he might perform much better at Ole Miss and I am betting we will need him badly before this season is over, so I hope that all starts this Saturday.

I don’t think it was the signal boards. Watch this video. Morris has his headset off and is telling Starkel to spike the ball while the rest of the sideline, with their headsets on, signal a play. 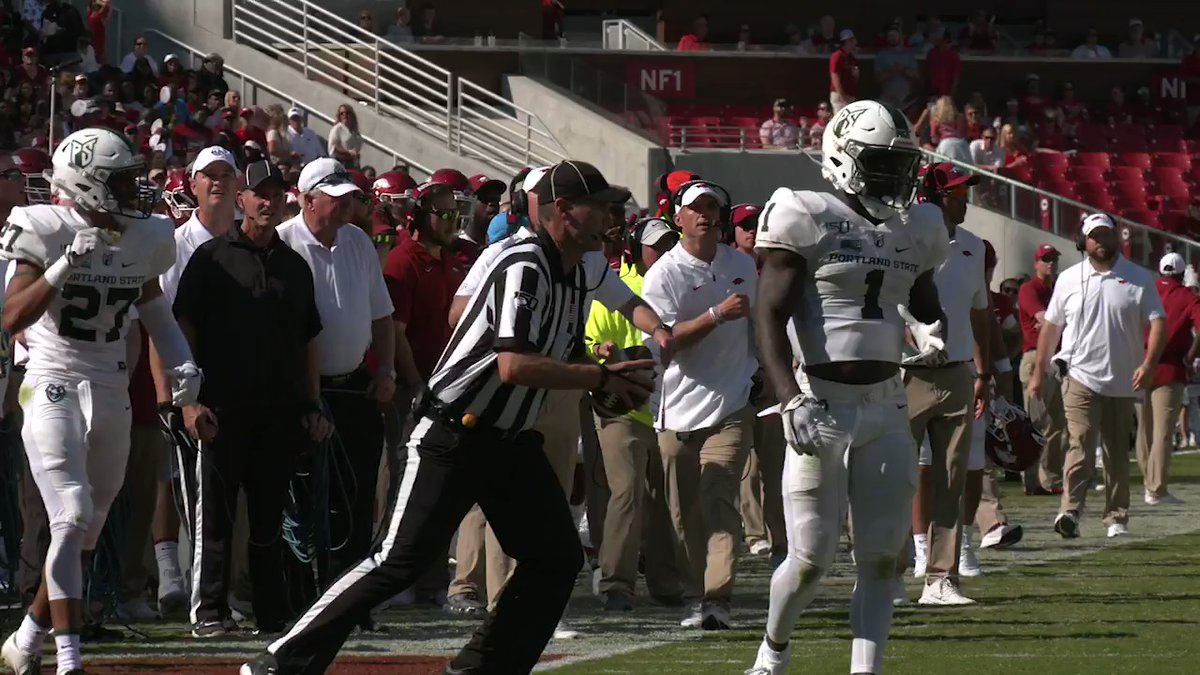 No way in that situation do you throw the ball short of at least a first down. It is ok to take a quick look in the zone. Take it if it is there, if not, throw it away and do so in a hurry. Does not matter what came from the sidelines. Anyone that has played over 30 min. of football should know that. Certainly, an experienced QB has to know that and act accordingly. You must know and react properly to the situation.