Stanford vs Arkansas: Round Rock Classic 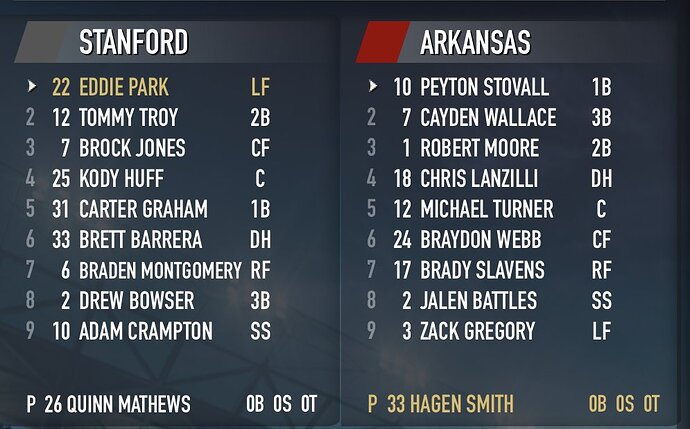 Going to be a tough one today Stanford has some very good hitters. Hopefully Smith continue to show us his greatness and we finally put some good swings together against a LH who has a career era of over 6 and was pounded in his first start

Stanford shuffled its lineup. I’ve posted the correct one above.

02 count no need to throw a strike there. Good double play there save us

They are swinging the bat better than us right now.

Smith needs to slow down
I know he works quickly, but he looks like he’s running from a fire

Well when you got 0-2 count on the guy you don’t throw a pitch that’s hittable. That’s on Hobbs you got the next pictures change up breaking ball anything but another fastball

It’s gonna be hard enough to scratch 2 runs against a good pitcher the way we are hitting. If they get a couple more, it will be real hard to come back.

This is going to get ugly real quick not careful… this team has some very good hitters that put the bat on the ball. Not trying to hit it 500 ft

Great DP! We needed that! 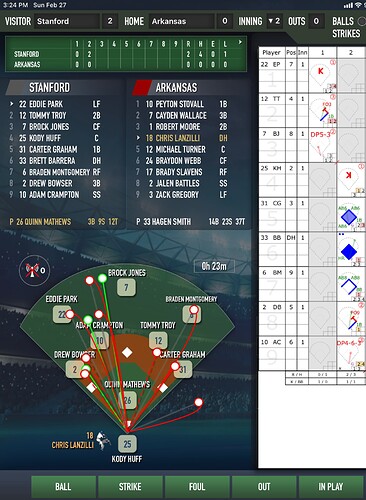 We are lost at the plate

OMG 6 up 6 down 5 K . Making this guy look like Sandy Koufax has a career era of over 6… just unbelievable

Lefties tend to do that to us

that vaunted hitting prowess that everyone saw in the fall and practice hasn’t shown up yet.