I predict he winds up at ASU.

Can’t hit the 2 deep and is a freshmen. Obviously not willing to wait and learn and obviously isn’t good enough to start for a power 5 at this time. So not sure where he fits here.

still athletic as all get out, I don’t know how much Bedenbaugh gives out that is real or is coachspeak but I do respect what that dude has done as OL coach

ON STACEY WILKINS AND ANDREW RAYM:

“You know, Stacey obviously, everybody has their situation. I mean, he had to get some things ironed out. He’s come back. Right now, again, he’s nursing a little bit of an injury, nothing that’s going to keep him out for a long time. When he came back, I think it helped him. I really do. Now, we’ll see as things go forward and all that. But he came back more focused. He was probably in a little bit better shape than I anticipated. He’s gotten himself into pretty good shape. But just in the walkthroughs that we were allowed to have in the offseason workouts, he seems to be more mentally focused. He’s got to still grow up and still mature, just like a lot of young guys. But like I’ve said all along, since we recruited him, extremely talented guy. You know what I mean? And now it’s just getting the mind right and putting everything together and eliminating a lot of distractions that you have on the outside.

"But, you know, if he continues to go in the direction that he has up to this point, he’s got a chance. But he’s got to keep going in that direction and not have the ups and downs and the inconsistencies.

Definitely the kid is cursed with potential, but maybe he channels some cousin Shawn and kicks tukus if we take him, but he is long and lean and not built in the preferred Sam mold plus we never seemed to be all in on recruiting him to his national respect level. That does seem to happen more than expected with this staff. 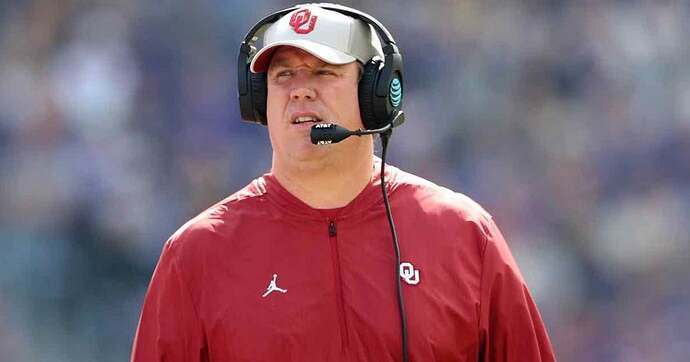 Don’t know where he ends up but it won’t be Arkansas.

Yes. Told that in a clear manner. That ship sailed and won’t have any chance of coming back to shore.

Let’s say it is a non-starter on this end.

Has he dished out the distaste for Okie yet?

While every situation is different, this kid bad mouthed the state, the program, and recruited other instate kids against. Staying home. I am happy to hear he’s not gonna be on our team.