A tornado touched down in Springdale around 4 a.m. today. The gymnasium that was destroyed was at the school where my mother-in-law was a counselor for several years. It passed not too far from Scottie’s house. 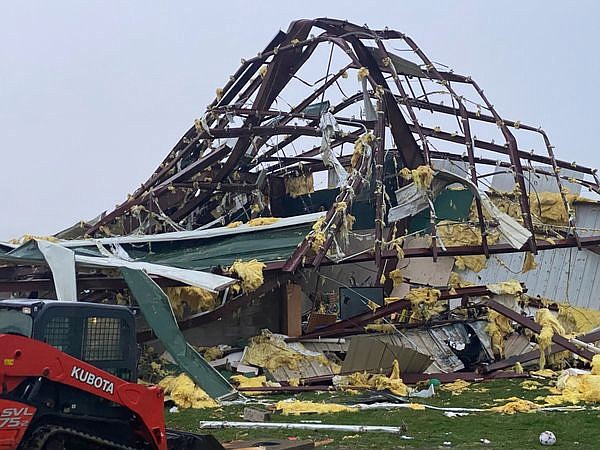 A tornado touched down in Springdale early this morning injuring seven people, two critical, according to a police spokesman. All were taken to local hospitals.

I know people in that area. So far all safe and homes intact. Jeremiah Gage lived with his grandfather in that area for many years. His aunt is in that house now. Houses all around her are gone or heavily damaged. Trees down all around her. But her house and her trees untouched. Crazy.

Prayers, after dodging tornadoes in Arkansas for years after moving to Chattanooga we were hit in 2012. Our neighbors lost all and we had extensive damage. It’s hard to describe the feeling of helplessness when you see it, hear it and feel it. Prayers for all affected today.

Not a fan of tornados. Been there done that.

Petra and I live in Springdale and are fine.

Did have some pups that were not thrilled with the thunder and lightning.

Praying for all of the families that suffered loss or damage to their homes.
I hope and pray those people that were hurt are ok! Late night early morning tornadoes are scary! Most people are in bed and aren’t prepared.

I just helped chainsaw a tree out of a buddies drive way by Lake Fayetteville. It was crazy. It started right at the malco theater by WM, tore up businesses there skipped up the ridge that shoguns is on, went over the mall then down the hill and destroyed the eastern businesses in Johnson, then directly into Springdale. I live next to Washington Regional and we were just incredibly lucky.

Aloha,
How close to Johnson’s Wright’s BBQ?
UA…Campus of Champions

It hit structures that are on the same road as Wright’s, though I’m not sure if it touched down that far to the west. From what I can tell, most of the damage is on and east of Highway 71.

Not a fan of tornados. Been there done that.

I was 1 block watching the tornado in Ft Smith and Van Buren in 1996. On the other side of that same tornado 1 block away was 2 brand new houses that I had under construction. Bad deal as I walked through the rubble to get to my houses. Unbelievable

I was at my grandparents’ house in Fort Smith the evening of the 1996 tornado. I’ll never forget how ominous the sky looked that night.

Same, we lived in the west side of Fayetteville and I distinctly remember the sky was green 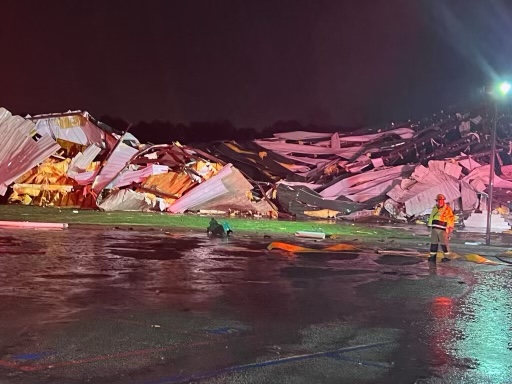 My sister sent this photo of an elementary school that was demolished. Her friend took it from her house!

Same, we lived in the west side of Fayetteville and I distinctly remember the sky was green

Yes, I remember the green sky vividly. The only other time I can remember seeing it that color was the night of the Georgia Dome tornado.

My sister sent this photo of an elementary school that was demolished. Her friend took it from her house!

That was the gym. The actual school is open today. (Whew)