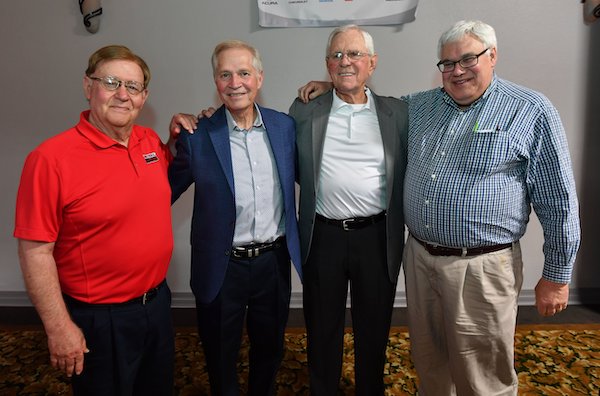 Bob Holt, a long-time sports reporter for the Arkansas Democrat-Gazette, was one of four individuals inducted to the Arkansas Sportscasters and Sports Writers Hall of Fame on Wednesday.

Mortensen is an interesting inclusion. Can’t say I associate him as an Arkansas Sportscaster or Sports Writer. I suppose that opens up Hall for guys like Dan Wolken and George Schroeder (who has moved on to a much higher calling)

Listening to the list of those already included was eye-opening. Dizzy Dean was one of those.

He has probably spent more time in Arkansas than Dizzy Dean or Pat Summerall.

Mort has good days and bad. Being able to swallow is not always easy. He was happy to be honored. My favorite pic of the day was with him. 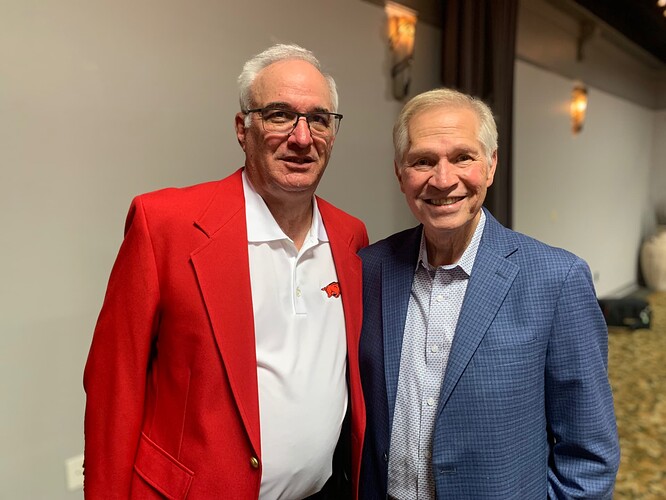