Something that stands out to me

You can tell this baseball team has the capability to drive up a pitch count by hunting the right pitch. In the first inning alone today there were a couple of two-run home runs that came at the end of long at-bats vs. veteran pitchers.

Heston Kjerstad hit the first one off Kole Ramage into the opposite-field bullpen in left. Kjerstad fouled off five consecutive pitches - including one that was close to being fair near the bag at first base - before launching the homer. It was his third home run in five scrimmages this preseason.

The second home run came off the bat of Cole Austin and against pitcher Kevin Kopps. Like Kjerstad did the half inning before, Austin fouled off several pitches, including four straight, before drilling a homer over the 375-foot in left center field.

There have already been a lot of good looking ABs today. Casey Martin fouled off a few pitches and nearly put one fair down the left field line, but Braydon Webb made a diving catch just into foul ground. It was going the opposite direction, but it was a similar play that led to Webb suffering a hairline fracture in his shoulder in the fall. I’m sure more than just a couple of people held their breath to watch him do that.

Zack Gregory just hit his second home run in as many days with a shot that went off the video board. Kopps was the pitcher.

Love to see the great offense!! obviously ahead of the pitching right now…

Final lines on the starting pitchers:

This is the second weekend in a row that they had comparable outings.

Here is a recap of today’s scrimmage: 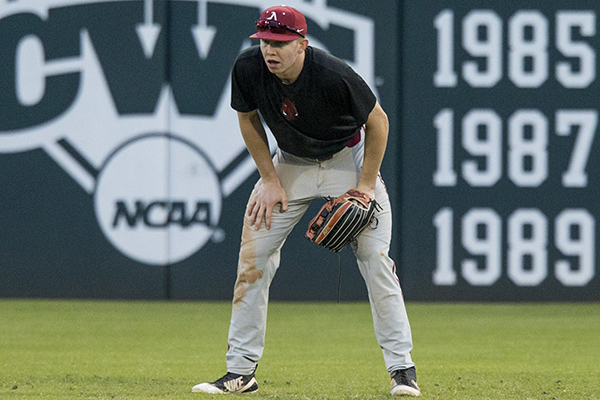 Through five preseason scrimmages, one thing is becoming clear about the 2020 Razorbacks.

Thanks for the report. Ramage and Kopps have to have huge years for us… hope they can deliver