Some notes from Tuesday practice

Koch is playing right with freshmen Casey Optiz and Brady Disher catching. Disher had a single in the first off Murphy. Luke Bonfield also has a single off of Murphy.

Isaiah Campbell looks sharp in his first inning of work. He gave up a single to Easton Murrell that was off of Bonfield’s glove at first.

Bonfield hit a two-run homer off of Zebulon Vermilion.

Jackson Rutledge (6-8,260) gave up a double to Hunter Wilson, a walk to Jack Kenley and a bunt single by Evan Lee. Wilson scored on a wild pitch. Luke Bonfield drove home a run with a deep fly to right that Koch made a running catch on the line.

Zach Plunkett hit a 2-run homer off of Bryce Bonnin. Bonnin, also the DH, followed a Jared Gates double with an RBI single off of Kole Ramage.

Best defensive play was a running/diving catch by Ben McLain near the line in left.

A side note to practice, saw several former players. Zach Jackson and Clark Eagan were both there to watch. Both are back on campus completing degree work. They are down to the last couple of classes. That’s good to see when the pro players get their degree.

Also, there was a fun little one at practice. Cannon Chadwick was there with a 7-week old silver lab puppy. Grey coat and blue eyes. I know the eye color might change (although I don’t know for sure on silver labs). That’s the first silver I’ve seen. It was a gorgeous coat and a gorgeous puppy. He said that’s what you do when you’ve been gone for three months from your lady. He bought her a puppy when he got home. A couple of pro scouts were around and were glad to see Cannon and the puppy. They said it’s an old trick of pro baseball players gone for their first summer: Bring back a puppy to the lady. Cannon laughed. 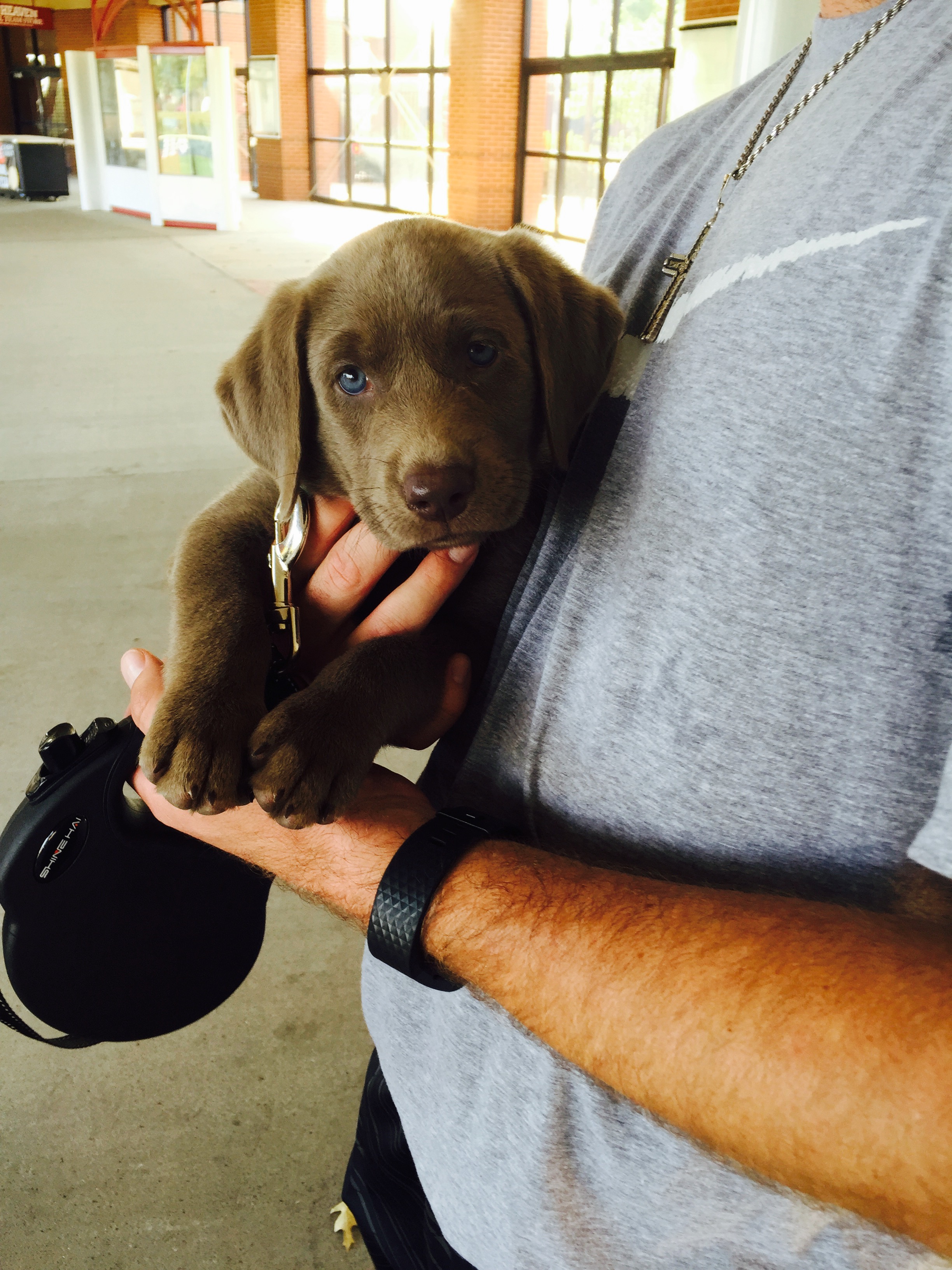 Has Caleb Bolden been getting any work, if so how has he looked? Saw somewhere he was up to 93?

I’ve seen Bolden throw twice. He gave up hits both last week and again yesterday. I would say he looked just OK. Nothing that knocked your socks off, but it was good enough that he’s going to get more work.