Some notes from last night's game 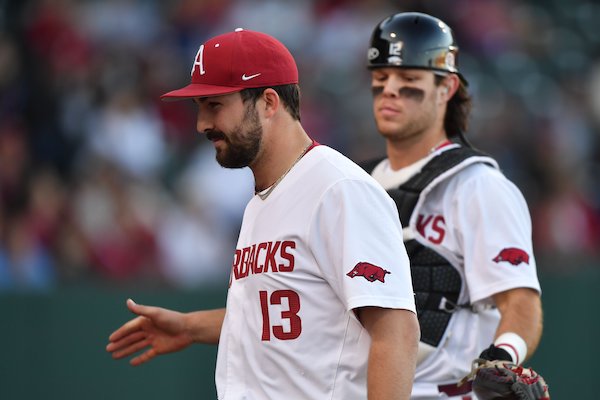 For Connor Noland, there is something about pitching against the Mississippi State Bulldogs.

Do they not record actual attendance at all?

I got a text from a season-ticket holder friend last night who was not impacted by the seating transition last summer. “There never used to be this many empty seats for SEC games.” I’ve seen some SEC games that were not well attended, but what I think he meant was for marquee Friday games, which I kind of agree.

The empty seats were very noticeable on TV.

I think the seating transition makes a difference, but I would guess that the 6 p.m. first pitch also made a difference.

The parking lot is interesting. All of the lot next to the stadium is reserved for the high dollar donors now. Yet it has been lightly occupied this year.

I’m not HY, but with scanning technology they know which tickets are getting used. I think I would suggest to some of the BM donors that they use their seats or lose them. I’d hate for the Baum atmosphere to be muted to satisfy the moneybags.

Oh who am I kidding? They’re always going to satisfy the moneybags.

It would be pretty simple in this age of everything digital for the people not attending to just notify the stadium and the stadium could re-sell those seats at the stadium for walk-ups. The money could be credited to the foundation even under the original owner name. Or just added to the general bucket, but if the person returning was getting the money credited to his donation amount then he’d have a bigger incentive to make sure those were available for resell at the gate. Walk-up purchasers would win, donors win, UofA wins and the stands are more than likely kept packed.

Yes, I agree completely. The same applies to basketball. The empty seats are not good, when people want to buy them on a individual basis. Vivid and other broker services kill you on fees if you try to go through them.

Votan great idea. IMO What needs to be done is a simplification of any process. In the digital age there has to be a simple solution. AND that’s for all things Razorback games. FB, BB, Baseball etc…

Make a place where your tickets become OPEN when Isle 102 Row F Seats 101 & 102 are not scanned at (Mr. Owner anyone) specified time, say 30 minutes before tipoff they are available… Just my 2 cents…

I realize some of those empty seats are seat bought by people with the singular purpose of putting them on those secondary services to sell in an attempt to make a profit. And just keep maybe a couple of game you want to attend. I can understand that, but many times those tickets do not sell and you end up with empty seats. I think walk-up sales would sell out if everyone knew you could get a walk up ticket at face value. It would put the opportunity to attend games back for the “little people” that make the games so great that are being priced out. And I don’t mean little people in any sort of derogatory way. I mean that as those on a very limited budget that still would love to attend a Hog Event.

I’d also like to see the UofA watch for these tickets that are showing up on these secondary sites and note the people putting them out there and let those people know that they can return those tickets back to the UofA or perhaps if they continue to do that then they will be bumped down on the priority list for tickets in the future. I know there’s lots to consider there and many kinks would have to be worked out, but I really do not like those secondary sites that are just in the business to price gouge the fans trying to get a ticket.

That makes a lot of sense. Someone needs to make this idea known to the proper parties. Win, win, win.

Earlier this year, I got an email from the ticket office asking if I wanted to buy tickets to any baseball games if they became available. I had to state which games I would buy (every home game was listed) and provide a credit card for them to charge if available. I assume that they are taking back tix from season ticket holders and re-selling them to foundation members, because I thought all seats were sold out for the season.

I actually put in a request for all SEC home games, and got an email on Thursday that I had purchased two tickets for this Saturday and Sunday. They emailed the tickets directly to me, so I didn’t see the need to go to my account at the ticket office and download them.

However, I saw a $146 charge in my card from the ticket office and thought “hmmm, the prices went up significantly this year if that’s two tix to two games”. Logged into my account at the ticket office to see what the actual prices were, only to find that I had also been sold two tix to last night’s game. Unfortunately, it was in the 5th inning.

All this being said to state that they ticket office does have some type of operation going to sell back tickets. I’m assuming it’s the season ticket holders calling to say they won’t be coming and making them available. I’ll be there tonight, and my two from tomorrow will be used. We’ve got little league baseball practice, so I’m giving them away. If our friends don’t use them, I’ll post them here.