Two of which affect the Hogs:

What if Bob Heaton’s left-handed heave doesn’t go in? Do the Hogs beat Indiana State in overtime and prevent the Magic-Bird matchup nine days later?

And what if UCLA’s Tyus Edney didn’t go coast to coast for the layup to beat Misery in the second round in 1995? Do the Hogs win back to back titles and cement Nolan’s place in history as one of only eight coaches to win back-to-back NCs? 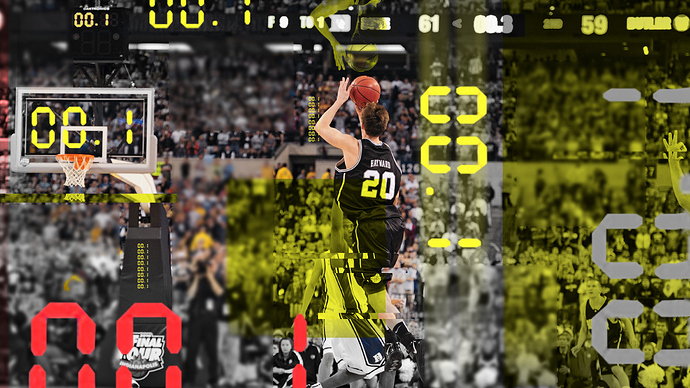 The Greatest 'What If' Scenarios in March Madness History

And what if UCLA’s Tyus Edney didn’t go coast to coast for the layup to beat Misery in the second round in 1995?

There’s not a season go by that I don’t think about this very point.

There’s a lot of calls that have cost the hogs in the dance! Big calls!

I believe Tyus Edney was hurt in a later round. Regardless, he didn’t play against us. His backup, Cameron Dollar, really hurt us. I don’t believe he would have been nearly as effective had Clint not suffered an injury in the NC game. Clint would’ve cut off his water, like he and Beck did the year before to Reeves and Stoudamire. The 95 NC game has always bothered Coach Richardson. He knew we had the better team, and it still pisses me off that he didn’t get to be a back to back NC coach… I believe at that time, the first in 20 years. I said bothered. What I should say is haunts. He brings up the 95 NC game everytime he speaks. It was the only game I can remember that Corliss and Scotty were both off at the same time. I’ve probably mentioned this before, but I still have a jacket, made by APEX, that was delivered to our locker room and said “back to back National Champions.” I probably should have burned it years ago, but I held onto it (like I did everything from those days). It’s still devastating looking back. Toby Bailey killed us that night, right before he secured a job that required asking if “you want fries with that.” If we had played UCLA in a 5 game series, we would have won, but that’s the beautiful nightmare that is the NCAA tournament. The best team doesn’t always win. I miss it like crazy this year.

What if Moncrief isnt clobbered at end of 1978 upset of no.1 UCLA and Kentucky loses first weekend to Florida St with had big lead. Final four with Triplets vs Freshman Magic Johnson Mich St team eliminated by Kentucky. Then foul called on trip of US and Hogs find a W to set up potential Moncrief v Magic part II. If Hogs win back to back, Coach Sutton is in Hall of Fame and Moncrief gets drafted by big market LA, NY or Chicago versus small market Milwaukee. Things happen as they did for a reason. No Nolan era happens if Coach Sutton gets two back to back in ‘78 and ‘79.

What if Moncrief isnt clobbered at end of 1978 upset of no.1 UCLA

Moncrief played two days later against Fullerton (39 minutes) and played in the Final Four against Kentucky (40 minutes). And UCLA wasn’t #1; Kentucky was. UCLA was #2. Sid had double figures in both games, which were low scoring (we scored 61 and 59 in the two games).

Eddie played the starters the entire way against Fullerton except for two minutes for U.S. Reed. Bench got 28 minutes against UK (Reed and Alan Zahn; Steve Schall got in foul trouble and Zahn was our “big”). That foul trouble has more to do with losing to UK than anything else. Refs were whistle-happy; we had 22 fouls, UK had 26 but spread them out over 11 people.