The game will begin on ESPNews. Go Hogs!

Dolcini isn’t starting for the Fallopians. Maybe her arm DID fall off

Two-out single goes nowhere as Chenise gets two Ks. Hogs up to bat.

Three up three down in the Hogs first and the Cows second.

Current Fallopian pitcher has some serious peroxide working for her.

Gibson reaches on a smash to third base. Not sure if it was a hit or error.

Muss and Danyelle in the front row again. And Gammill bounces one off the third base bag, first and second with no out.

And Miss on his phone behind home plate.

And Miss on his phone behind home plate.

Looks like an eye tattoo behind the Texass pitchers right ear.

Second and third, no outs and don’t score. Only with 2 down do we make contact.

Some bad at bats to close out that inning. Two in scoring position. Missed opportunity. Still early, but we need to figure this pitches out.

LH from Ole Miss gave us fits both times we faced her with that change up.

RickB is at the game. 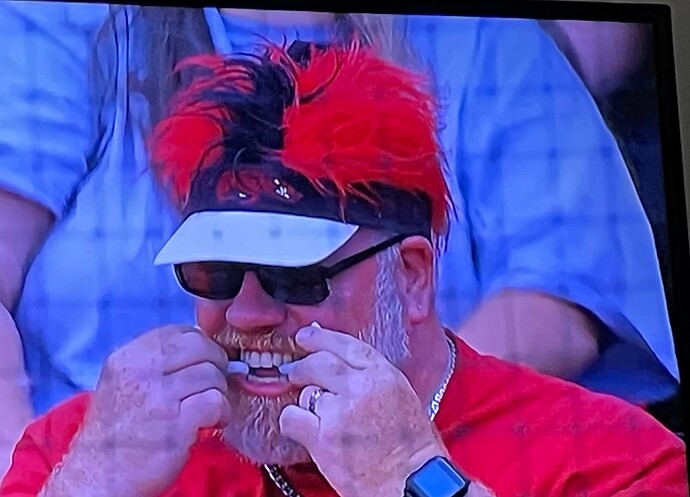 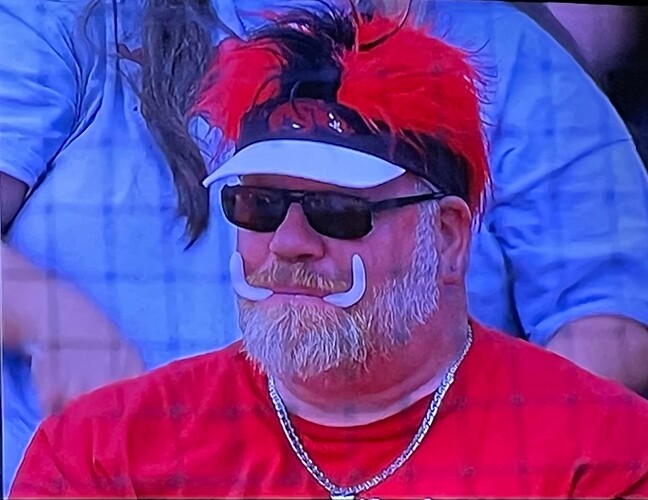 As always. I saw him at the regional game with Princeton as well.

6 Ks for Chenise as the Fallopians waste a double from Jefferson.

Friedman reaches on a passed ball on strike three. Sides at bat now

Sides walks, McEwen can’t get a bunt down, then lines out to right. Not able to tag up and get to third.