It’s on main SECN. No score in the first four minutes.

No shots for either team. TV guys just said Bryana Hunter will be out for an extended period of time, which isn’t good news. No details on exactly what the injury is.

Hogs score on a PK in the 24th minute. ASU goalkeeper tripped Sophia Aragon, Anna Podojil put away the PK.

Bea Franklin hit the post with a header off a corner kick in the 26th minute, could have easily been 2-0.

Shana Flynn gets her first college goal in the 44th minute, 2-0 Hogs at halftime.

ASU gets a consolation goal in the 89th minute. Looked to me like she was offside but no call was made.

Hate it wasn’t 5-0, but I don’t understand soccer. I guess this was a blowout.

It was a thumping. I watched a lot of it. Game was played in front of ASU’s box.

The only thing wrong with the game was that Colby Hale wore a hat with a Red Wolf on it.
Oh wait, it was a front facing hog. 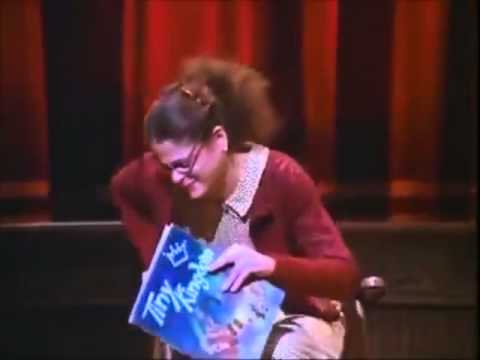 Here is a recap of the match from Ethan Westerman: 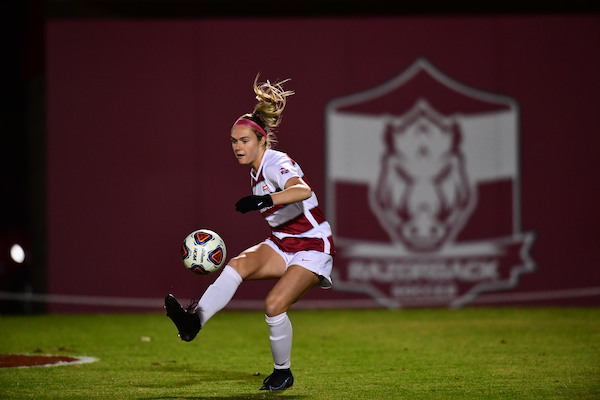 Colby played 25 people, including the backup GK who allowed the only goal, after playing 24 against OU. We have 35 girls on the roster with at least two injured, and two other GKs (including the one who started all of last season) didn’t play.

And yes, I think ASU was better than OU. The Paperclips didn’t put up much of a fight.

We took 29 shots, ASU took 6. That’s probably a fair indication of how lopsided it was.

I attended my very first Razorback soccer game yesterday. It was a lot of fun. Of course, 4-1 usually is fun. I’ve followed the soccer team but that was my first time to attend. Got season tix this year. I’ll definitely be going to as many as I can.

I had the game on my TV but didn’t pay very close attention. That’s partly because I do not understand soccer–apart from knowing players try to kick or headbutt the ball to their teammates so one of them can kick it into the net. They do not seem to be very successful at that although from what I could tell our girls seemed to be kicking the ball more than ASU’s and most of the game was played on ASU’s half of the field.

How does one earn a corner kick & why is it good? (I assume it’s somewhat easier to get the ball into the net when the corner kicker kicks to the host of players standing in front of the goal.). What is a “tackle” in soccer? What is the effect of an official pulling a yellow card?

I was at the game. The ASU goal scorer appeared to be offsides to me too. 90 percent of the second half was played in front of the ASU goal. Really lopsided.

How does one earn a corner kick & why is it good? (I assume it’s somewhat easier to get the ball into the net when the corner kicker kicks to the host of players standing in front of the goal.). What is a “tackle” in soccer? What is the effect of an official pulling a yellow card?

A corner kick occurs after the defense is the last to touch the ball before it goes out of bounds on the goal line, which is the line where the goal is placed (the sideline is called the touch line). A big disparity in corner kicks indicates that one offense is putting a lot of pressure on the other defense. A corner kick does give the opportunity to run a set play (referred to as a set piece) which may result in a shot on goal or even a goal. It’s also legal to score a goal directly on a corner kick without anyone else touching the ball; this is very rare and referred to as an Olimpico.

A tackle is when the defense tries to take the ball away from someone in possession. It is often accomplished by sliding one leg in front of the attacker to poke the ball away. But if a tackle is overly aggressive, even if the defender gets the ball first and then makes contact, it can be a foul, which might be a penalty kick (i.e., an 80+% chance of scoring a goal) if it happens in the 18-yard box in front of the goal.

You can think of a yellow card as a technical foul in basketball. It can be for an overly aggressive tackle, or pulling another player’s shirt, or wasting time, or unsportsmanlike conduct. Two yellow cards for a player mean ejection and the team plays short-handed for the rest of the match. A really serious offense, such as sliding in for a tackle with your cleats very high or throwing a punch, can skip right over yellow to a red card, which is immediate ejection. Again, your team is shorthanded for the rest of the match if you get a red card.

There are other set pieces besides a corner kick. Any free kick in the attacking half can be a set piece. Colby’s teams are very good at using throw-ins as a set piece; we do that more than any soccer team I’ve ever seen of either gender. We throw it in, the first player flicks it on with her head, and the second player gets a shot, and sometimes a goal.

My brother sent me a screenshot of you at a volleyball game. Once an AW, always an AW.

He said your pic showed up on a story about a volleyball game. Where they got the pic, I have no idea. The usual red wig/hat, but no face paint.