Unlike South Carolina basketball, we didn’t cancel the game (but it was pushed back an hour).

If you’re so inclined, or bored by Rams-Bills, you can watch on BYUtv. 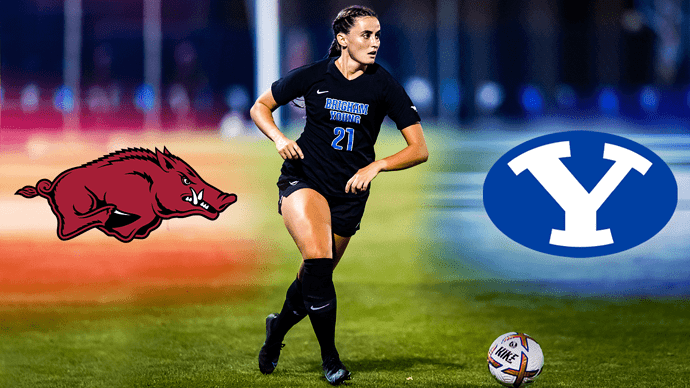 BYU came to Fayetteville last year and lost, with one of the weirder goals you’ll ever see. A BYU defender accidentally bumped the ball past her goalkeeper, who had to sprint back to prevent an own goal, but in so doing violated the no-back-pass rule by stopping the ball with her hands. Hogs then got an indirect free kick from about 5 feet from the goal, and Colby dialed up a set piece that worked perfectly; Anna Podojil took a pass and blasted it into the roof of the net for the goal.

Hogs take a 1-0 lead in the 11th minute on essentially a fast break, Grace Barbara to Anna Podojil to Jess De Filippo who put home the goal.

BYU ties it 5 minutes later on a 23-yard rocket from outside the box.

Hogs retake the lead. Shana Flynn took a long shot which deflected off Podojil’s head into the net. Anna was trying to get out of the way, but she was credited with the goal.

And once again BYU answers quickly. 2-2 in the first 21 minutes.

BYU with a 3-2 lead at half, and it could have been worse. Colby’s gonna have to fix the D.

Finally get the tying goal in the 83rd minute. Ellie Podojil puts one home after corralling a loose ball. 3-3.

De Filippo nearly got the go-ahead goal in the 87th minute, forcing a great save.

3-3 final. We had a couple of more chances in the dying minutes but the BYU keeper made the saves. 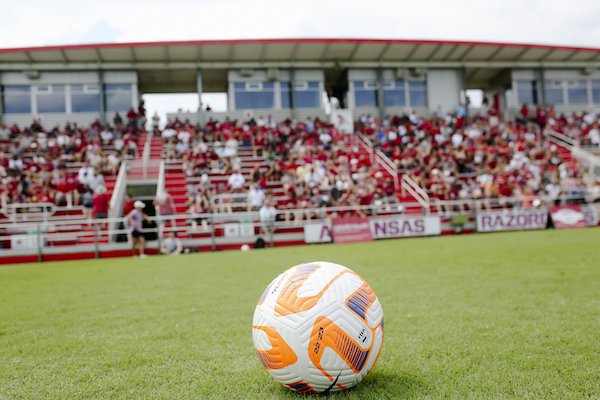 Ellie Podojil scored a game-tying goal in the 83rd minute and Arkansas’ soccer team finished with a 3-3 draw at No. 13 BYU on Thursday.