I’m gonna say it will be Opitz.

That’s not the “chalk”, for sure. Just a hunch.

Slavens would be the obvious choice

There have already been some hit off that building in scrimmages. Any of the lefty batters would be a good choice. I could see Cullen Smith doing it.

He hit a moonshot off the video board during a scrimmage I saw a few weeks ago. Had the timing of his swing been a little different he might have bruised one of the construction workers on the new building.

Read the Subject line again, marcm…it poses the question of who will be the first to hit a HR off the new Player Development Center in Right field. Franklin hit a HR, but not off the new Center.

There have already been some hit off that building in scrimmages. Any of the lefty batters would be a good choice. I could see Cullen Smith doing it.

Of course. But the question is, who will do it first in a real game.

Franklin bounced it in the bullpen and then hit the building, but that doesn’t count.

It is much tougher to go opposite field that far. I would guess it will be someone who pulls it. So I think the obvious answer is the lefty with the most power, Slavens. But I wouldn’t bet against Goodheart, either. When we get a big north wind, there may be a bunch who could do it.

I’m gonna say it will be Optiz.

That’s not the “chalk”, for sure. Just a hunch. 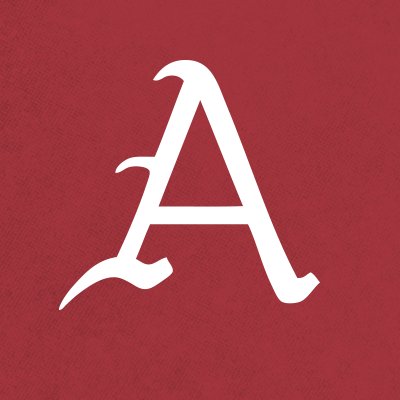 Hold that pose, @CaseyOpitz. No doubt 'bout that one. https://t.co/bTYR7l0Vhf 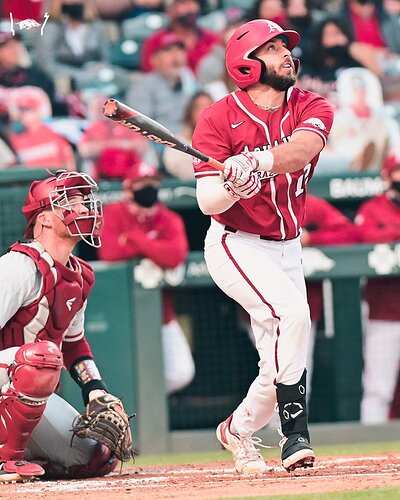 I think Casey is the MVP of this team.

That wasn’t the first. There have been a couple to hit the building already

That wasn’t the first. There have been a couple to hit the building already

I don’t believe so, Doc. I’ve watched every game, and I’ve been looking specifically for this to happen.

Of course, I may be mistaken. If I am, please be more specific - who and what game? Batting practice, of course, does not count.

I do remember some very well hit balls to right center, but the were on the scoreboard side of the new Center and did not hit it.

I assume that means hitting any part of the structure

There have been at least two which hit the back wall of the bullpen, which is part of the building

One of Moore’s did, and I can’t tell you specifically the other. But they both occurred in games which I attended, and I remember thinking about this original post on both occasions

HR against OU hit the building.

Slavens and Moore have both already hit the net that’s protecting the building.

I thought Slavens definitely hit the net that protects the brick. Perhaps Moore, too.

Guess it comes down to what you think is the building.