So what does Sankey do?

He won’t announce it tomorrow, but we’re doing something. Particularly if the B1G doesn’t stop at 16.

The Athletic’s SEC guys took a deep dive. Paywall of course but I’ll do the Cliffs Notes. 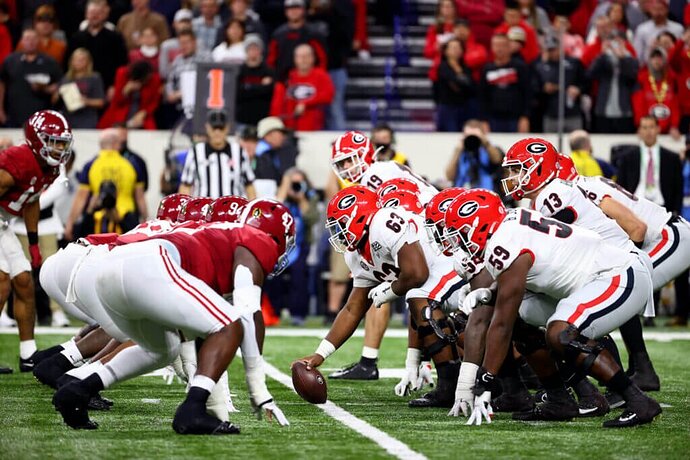 How will the SEC respond to the Big Ten adding USC, UCLA?

Explaining what the Big Ten's addition of USC and UCLA means for the SEC and how the conference could respond.

Raid the Big 12? Probably not the top of the list, but some possibilities. West Va is kinda SEC culture and draws well. Okie Lite could rejoin Bedlam. Kansas brings elite hoops and not much else. Pluck Cincy and go into Ohio (not that far from Lexington; the Cincy airport is in Kentucky)?

ACC seems the most likely. They’re tied into that media deal for 14 more years but it’s unlikely Clemson, FSU, UNC, etc. will sit on their hands for 12 years while the B1G and SEC schools rake in the cash. But which ones? Clemson is the most SEC-like. GTech used to be SEC but is less attractive. UNC, UVa and Duke are prestigious. VTech is also SEC-like. Florida State and Miami of course.

And where does it stop? It’s not all that implausible that the B1G and the SEC could take six ACC teams each. That would be 22; a Power 5 AD predicted last year that the SEC would wind up with 20-24 teams.

Does this mean college football/sports as we know it is toast?

Absolutely. But at least we aren’t on the burnt crusts left on the plate.

We have already had to “think outside the box” so much to get here - hardly predictably in 1988-ish. Even pre-A&M SEC seemed pretty set in its way, until change suddenly made the new a sense of normal. “New normal.”

I’m sure the B1G will try to minimize travel for “minor” sports – pods or mini-divisions or whatever. This is driven by football, as we all know.

Which is why Kansas is in trouble. Hoops doesn’t move the needle here, and neither does baseball. There is already talk that if the B1G and the SEC divide up the ACC, neither one will take Louisville, which might have to join the Orphan Eight. Of course maybe the league on the West Coast is now the Orphan Ten.

And it doesn’t escape my notice that we’re in better shape now because Sam has revived the football program. I don’t think the SEC was going to kick us out any more than it will kick Vandy out, but in a landscape where football drives the bus, it’s good to have a solid seat on that bus.

That makes them the Orphan 18 trying to be #3 at the table.

That makes them the Orphan 18 trying to be #3 at the table.

Yep. Except that you can bet Nike U and U-Dub are scrambling to follow their neighbors to the south.

Colorado back in the Big 8-12-whatever. That’s actually fairly funny.

First, the PAC has to sort itself out, not because of the SEC really caring about grabbing PAC teams but because that will help inform Sankey and the school powers that be how many schools the SEC needs to add to retain its primacy.

If only Oregon and Washington go to the Big Ten, then maybe the SEC sits back for a couple of years and awaits further developments. Adding the Arizona schools to get to 18 does not sound like a move the SEC needs to make to stay competitive.

But if the ACC cracks, the rush to 20-24 teams will be on. If rumors start to circulate about ACC schools exploring ways out of their media rights agreement, look out.

Aye, and there’s the rub. UNC and Clemson are looking at 32 (or more) schools who will be taking in upwards of $100 million a year without selling a single ticket (yes, we’re one of those). They… won’t.

In the pandemic year, SEC schools took in $54 million each in conference revenue. ACC schools took in $36 million, and that’s with Notre Dame as a temporary conference member in football because of the pandemic. That gap is only going to grow as the new SEC media deal kicks in, and with the expected expansion of the CFP (which the Big Ten is no longer going to stand in the way of, since it can expect 3-4 teams in a 12-team field just like we can).

The Athletic takes a look at where the ACC goes from here. Bottom line: If a Clemson or a Florida State bails, they’re done. 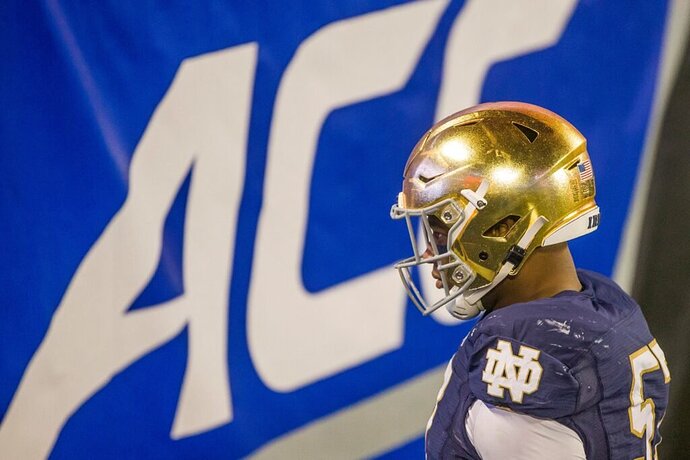 What's next for ACC after USC and UCLA's move to the Big Ten? It could be...

League administrators are facing an uncertain future amid more realignment, but Notre Dame saving the day is probably an even longer shot.

it isn’t about the “student” part of student-athlete. Travel makes academics a real challenge

Not only are they not amateur athletes in practice, but they won’t be much longer organizationally either.

The days of the University of Arkansas Razorbacks are numbered in my opinion.

Replaced by teams owned and operated by a third party entity…… for conversation sake let’s call it Razorback Sports Incorporated ……that will be affiliated with a host university, but separate and able to pay salaries, etc.

The only thing keeping UA from paying the athletes now is NCAA rules. If those go away, there is no need for a third-party entity. UA knows how to deal with workers comp and all the other requirements for actual employees. I’m not convinced it will get to that point, that we could maintain some version of the student-athlete fiction. But the Supreme Court could decide otherwise at any time, and we’ve seen in the last month that the current SCOTUS is not averse to blowing up all sorts of things that have been established for decades.

The UA probably already has a set of procedures for employees who are also students.

What I wonder is if you could end up with a similar situation to the coaching staff, where they are University employees but big chunks of their compensation comes from the Razorback Foundation (or something similar).

I know that most people dismiss the idea that these mega-conferences may reach a point where they cast off some of their members, but I could see it happening. This expansion is all about revenue and control, and once all the big schools have been absorbed, one of the ways to increase revenue would be to get rid of low-performing schools. That leaves fewer schools to divide that big revenue pie with. (Rutgers is part of the NYC market, but does it really add great value to the Big Ten? I honestly don’t know.)

Taking this a bit further, I could see the day when the top five or six programs in the Big Ten and the top five or six in the SEC just combine into one league. They are the ones that really bring the greatest value, so why not cut off all the hangers-on?

While all these changes bring some measure of excitement, I must admit that I’m finding it all more and more sad. Traditions are being discarded like yesterday’s garbage, and the decisions being made may not be for the best in the long run.

Traditions are being discarded like yesterday’s garbage, and the decisions being made may not be for the best in the long run.

All of this is true. But I’m reminded of my last employer, who had a set of core values for the company. One of those values was “grow or die.” I disagreed with how he went about it, but basically he’s right. Traditions don’t mean much if you’re left at the station while everyone else is growing and you’re dying. Now you can go about growth the wrong way, but the status quo sometimes gets you killed. We got out of the SWC while the getting was good. SoCal and the Bruins did the same thing yesterday.

Been saying for awhile now that athletics affiliated with universities and colleges should be done away with and transitioned to the European club model.

Let’s be candid. Nick Smith Jr is as much of a student at the UA as I am. He’s not there to get a degree. To say otherwise is disingenuous

He’s not there to get a degree.

True, but that’s not his fault or UA’s fault. If and when the NBA starts drafting high school kids again, future Nick Smiths can go straight to the pros. He doesn’t have that option now.

I’m reminded a little of the old, admittedly sexist joke about women who enrolled in college, not to get a degree but to get a husband: “The only degree she wants is her MRS”. And I know a woman who candidly admits that what she did, and it worked; she landed a doctor. Nick is there to get his NBA.

Nick is there to get his NBA.

No question. However he could’ve gone to the G league like MarJon Beauchamp. There are avenues available to not go to college, go to the association and start getting paid.

But ultimately I think attaching athletics to the university is kind of ridiculous. I would like to see the European club model. But I suspect I’m in a very tiny minority