So, Davis to LSU?

Lots of smoke on Brad Davis being one of their top targets for OL coach. He’s originally from Baton Rouge, but went to school at OU.

Will be interesting to follow. I think he is making pretty much what their old OL coach was so they would have to up the game money wise I would think and it would be interesting to see if we matched or bettered.

I’m a little skeptical. There is a lot of stuff going on at LSU right now. And they’ve had a ton of turnover the past few years. I’d also be surprised if he’d rather work for Orgeron than Pittman.

Suspect your replacement is already on staff.

So who will be our next TE coach?

One gets the feeling Joey wasn’t happy with how the Rebnecks blocked in the spring.

As good as done when Feldman reports it.

Bummer. Glad I didn’t put any money on that.

Except for BR being home, one would think we could money whip the guy to stay. Wonder if that could still happen? I can’t imagine the allure of BR being that great. But maybe he has a lot of family there. Strictly from a football standpoint, I don’t really see Coach O catching lightening in a bottle and winning another title any time soon.

A source said Cody Kennedy is the new OL coach. Looks like a popular choice among the offensive lineman.

Well if Kennedy is the new OL coach,we just got to trust Sam on this one,Kennedy was a GA at Ga and helped recruit some very good OL…so we will see how it goes.

A second source said Kennedy is the new OL coach.

Kennedy was hired to essentially be the OL coach in waiting. Sam knew Davis would be gone sooner rather than later.

He probably knows what it takes to succeed as a TE in the SEC.

RD, what the heck? I know Davis is from BR, but by all accounts, LSU is a program in trouble. like the head coach is on the hot seat, the football and basketball teams are flat busted for cheating and the NCAA has bundled the “investigation”. seems like a very odd time to join the LSU staff, especially when he’s leaving Pittman in an awkward spot. 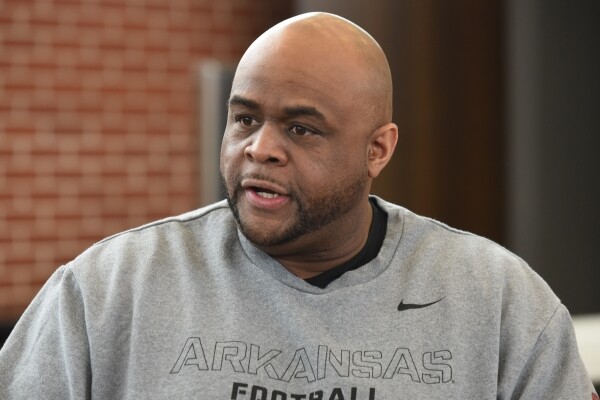 Razorback assistant to coach at LSU

Arkansas offensive line coach Brad Davis is leaving the program after one season.

The list of schools that “appear” to be in trouble is long and disgusting. The NCAA has basically ignored the cheating. Hand the investigation over to a 3rd party group. Who also seem impotent. It’s the wild west out there right now. I doubt if Davis is worried about sanctions.