Who is still in play and who isn’t?

They are all very quiet tonight…

Based on who we know they have interviewed, you would have to believe Eliah Drinkwitz is the top candidate if Lane Kiffin ends up taking the Ole Miss job and Mike Leach is staying at Washington State. But we don’t know who all has interviewed. I assume there are some candidates who have flown relatively under the radar.

Thanks Matt. Have you heard anything at all about Lunney being promoted to HC?

Do we know if Harsin actually interviewed ?

I’ve heard about 50 different things, just like the rest of you.

That doesn’t seem likely to me, but I’ve learned never to rule anything out until the process is over.

Adam Rittenberg of ESPN, who is typically pretty plugged in, reported today that Harsin has told schools he would not entertain invitations to interview until after the MWC championship game tomorrow.

So the report from last night was just speculation?

I’m not sure which report you are referencing. I haven’t seen one that says he interviewed. 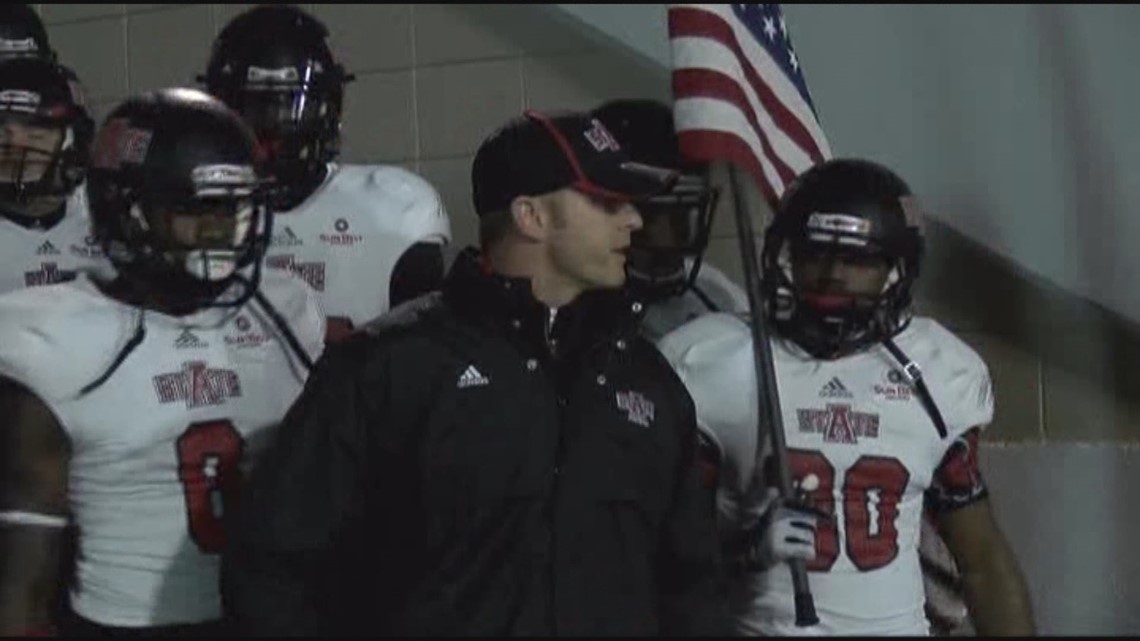 I would trust Rittenberg over FootballScoop. Just my personal opinion.

Thanks. Any word on Blake Anderson?

I haven’t heard anything to suggest Anderson is a candidate. I can’t say he’s not, but it would kind of surprise me if he was.

Harsin has some support in Arkansas. He made some good contacts in his one year at ASU. I hear different things on his level of interest.

Have a gut feeling on Harsin?

Was a courtesy interview at u of a to help him with Missouri. Ad there likes him unfortunately his board doesn’t. Sounds similar to our situation.

They have a better shot at Harsin in my opinion than we do.

Is a Fuente Odom combination out of the question?