Smith expected to be the No. 1 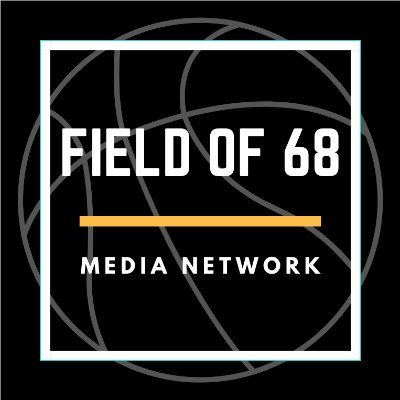 @TheFieldOf68
These are the Top 5 impact freshmen for next season!!! Anyone we left off the list?? twitter.com/thefieldof68/s… https://t.co/J7MRmeWiOu 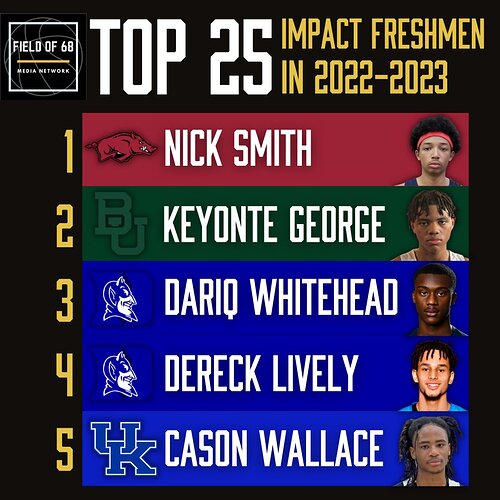 I don’t think it’s hyperbole to suggest Nick is the biggest hoops get since Corliss.

I thought this was a Jabari topic, just timing for headline grabbing.

If you hit the tweet link, you see their top 15 impact players. AB came in 15th. I don’t know who I would remove from the top 5, but I would have Amari Bailey in the top 5. He was 9th in their top 15. I would also have Lively at #2. In fact, IMO, Smith and Lively are clearly the top 2 players in the class.

Of course, my opinions are based on just the few times, in All Star events that I’ve seen them play.

Duke is loaded, but so are we.

I feel like AB is going to be THE best Arkansas point guard of all time. He has the size, court vision, and the ability to get to the rim AND the desire to make plays for his teammates first. Imagine if he is the real deal all time great PG put alongside the best scoring/ best overall recruit since Corliss/Todd Day/Joe johnson hmmm I’m not sure how they will be ranked when their career is done here since these kids are still teenagers now but with the coaching they got I don’t see any of them disappointing us. Hell we shouldn’t lose a single game next year.

Good question. The all time assist leaders ar Kareem Reid, Lee Mayberry, and Corey Beck. Lee Mayberry is third on the all time scoring leaders list also, and he’s a little before my time but he’s got a strong case for best ever PG. Corey Beck probably has the biggest competitive drive and a championship ring. Kareem Reid is my personal favorite. Would’ve loved to see him on the 94 team. That said, I’m really impressed by everything I’ve seen Anthony Black do on the court. If he has the untested/unmeasurable qualities for leadership, and competitive drive and a mean streak, I think he can rise to the top of the list.

The other thing about AB is, can you really be the best ever at your position at a school if you’re one and done? I guess if he took us to the natty, maybe, but Lee had four really, really good years. 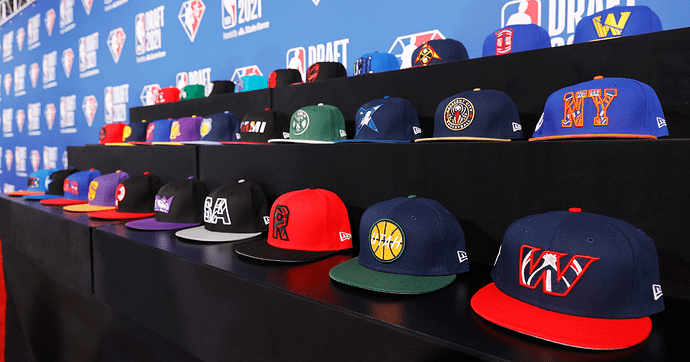 Just one week after the 2022 NBA Draft, Gary Parrish of CBS Sports has released his way too early mock draft for how 2023 will play out.