Sights and Sounds from yesterday's practice

Here is the footage of yesterday’s practice. Some pretty good receiver vs. DB stuff towards the end. 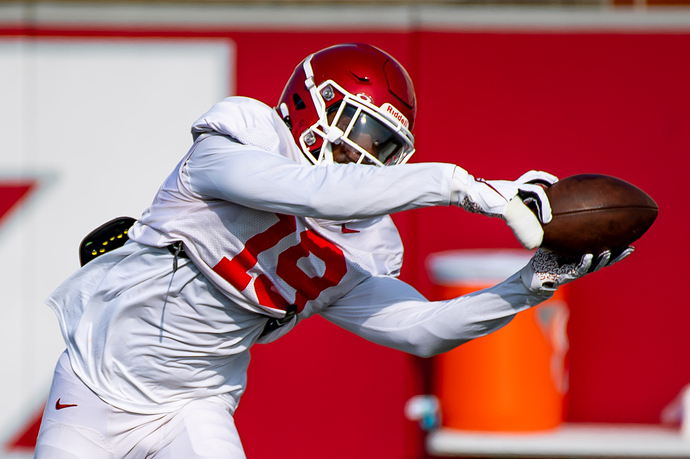 Sights and Sounds from the Razorbacks 13th practice of fall camp.

Hammond’s can fly, beat Foucha and pulled away from him easily… hopefully Briles will be the first coach to use his talent,needs to touch the ball 4-5 times a game IMO.

I don’t think it’s that the coaches in the past haven’t tried with Hammonds. He has been given a lot of chances.

I’ve always thought he has to be able to do more than run fast. He needs to be versatile at whatever position he is playing, which hasn’t been the case to this point in his career. He hasn’t gotten on the field much because of that, so whenever he did go into games it was a pretty good bet that the ball was going to go to him, and a defense can sniff that out.

I always thought his issue at RB was poor pass pro.

I’m not sure what his problem is but I would do everything I could to make sure he knew everything so I could get his speed in the open field,he may be the fastest guy on the team

Arkansas has had its fair share of blazing fast runners who can go like a deer in one direction. Cutting, juking, holding onto the ball, taking a hit, making a block, executing a tackle, etc., were the complicating issues. Hope TJ adds to the speed skillset, as its top notch.

TJ has battled with injuries also. That can sometimes wear on a player mentally. Hopefully he stays healthy.