Should B1G and Pac-12 be excluded

They chose not to play early and then have been severely restricted. I agree with the article in The Athletic (yes, it is a pay site) that it is unfair to include a team that has played only six games.

Excluding such teams would allow inclusion of (among others) Coastal Carolina (11-0).

Problem 1: Ohio State will have only played six games by the end of this weekend, half of what other FBS unbeatens have played. You may not agree that this is a problem. You would be wrong. It’s an unfair advantage for Ohio State, Southern California or any team that hasn’t gone through the grind that other teams have, suffering wear and tear, and increasing the risk of upsets. 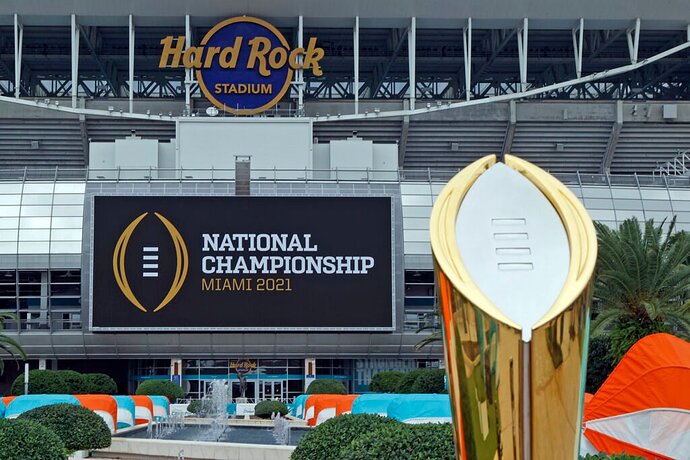 Emerson: Playoff should reward most deserving and that rules out Big Ten, Pac-12

There are two glaring issues with the College Football Playoff right now, and they can be fixed with one bold stroke.

Yes it is a pay site. And I bet they don’t have many subscribers within those two leagues and will have less going forward.

My personal opinion, yes. I really think Ohio State is legit and would most likely have won out and deserved to be in the playoffs, BUT, the BIG 10 screwed them and their whole league with their holier than thou attitude towards COVID. They really did take a stance of superiority on the subject and thumbed their noses at the other conferences that didn’t follow along. It wasn’t until they realized the money they would lose and potential losses in recruiting, that they decided they better jump back into the race. If they stuck to their guns and didn’t play this season as a safety precaution to their fans, coaches, and players, I’d have a lot of respect for them. BUT, they jumped in at the last minute, which proves that wasn’t the concern at all, they just thought everyone else would do as they were doing and now it could come back and bite them. To me, it’s like my kids refusing the eat the dinner that I prepared for them, but then coming around to eating when dessert is served. NO!!! You don’t get dessert if you refused the main meal, and that’s what the BIG 10 did when they backed out of having a season.

Agree general about the Holy Big 10 and if not for some power moves and and stance put forth by some powerful Big 10 schools and officials they may still have balked.

I’d like to see 6 teams: two top ranked teams get week-one byes and a minimum of one group of 5 team out of the remaining four provided the group of five team is in the top 15 of the AP and Coaches poll.

I mean, in all seriousness, what the hell are teams like Cincinnati even playing for? The playoffs have made bowl games largely irrelevant. I don’t mean that the kids don’t still love them and that we don’t watch them. I just mean, it used to mean more if you said you made the Cotton Bowl—even if you lost. Now, I don’t think this is the case anymore.

Something has to change because as bad as people thought the BCS was, at least there was a mechanism in place for group of 5 teams to play for something.

Short of it: grumble, grumble, back in my day.

I believe that OSU is one of the top 4 teams; however, the key word there is believe. They have not proved it. There is a big difference in playing 5-6 games and 10. As we found out this year (knew of course, but really showed), depth is a big part of a strong team. It is not just the 22 put on the field in September. Let OSU play the Schedule AR played this year. If they come out of that 10-0 or even 9-1, then they can say they proved something.

“Life is not fair” was a truth I raised my two daughters to understand. Thy learned early on not to tell me something is not fair. I told them it was a good life lesson because it’s a part of life.

A lot things this year have not been fair. And as Jim noted OSU has not proved they are not a top 4 team because they have not played enough. I’ll speculate with our schedule they would not be undefeated.

Agree Big 10 has proved nothing this year.

Let OSU run the SEC gauntlet every year then we’ll see how good they are. I get tired of the northeast media carrying their water.

Here is what we find out in a 10-game SEC schedule, who will hold up. You get beat up when you play games. You lose players.You don’t play games, you stay healthy. The SEC is war of attrition.

Ohio State has not shown in any way that it has a team that will hold up in the test of playing games against good teams. We just don’t know.

Florida got beat up over the course of a season (and yes, Kyle Pitts is the example of what happens to even top end players). The committee appears to made an exception to keep Florida near the top with the disclaimer they didn’t have Pitts.

They did the same thing with Clemson not having Trevor Lawrence for the Notre Dame game. Of course, they will get a rematch now.

I don’t know what happens if Ohio State wins a 17-14 game against Northwestern. What did that prove?

I understand the Pac-12 discussion. Southern Cal is undefeated against competition that is judged to be inferior or average.

This is obviously just the eye test. Do these teams look to be good with a tiny amount of data? There is really not much else to say. They have decided that if Ohio State stayed healthy against all comers in the Big 10, they’d be still rolling along and deserve to play in the championship.

The management team running the playoffs wants the Rose Bowl to allow families to come to the game so they can still play there. I can’t imagine that anyone in California (with not considering any of their league teams to be worthy) is going to let them do that. I fully expect them to tell them to take their football and find somewhere else to play.

What would be the results if Ohio state played Arkansas’s schedule?

The whining from The Ohio State would be overwhelming…