Shades of the trip to Spain

In which the Hogs played their games in their practice gear. You may have noted the item about Michigan’s plane sliding off the runway the other day on the way to the Big Ten tournament. They have not been able to retrieve their luggage, apparently due to the federal investigation of the accident. So they played and won their game against Illinois today in their practice unis:

Here is a photo from the game 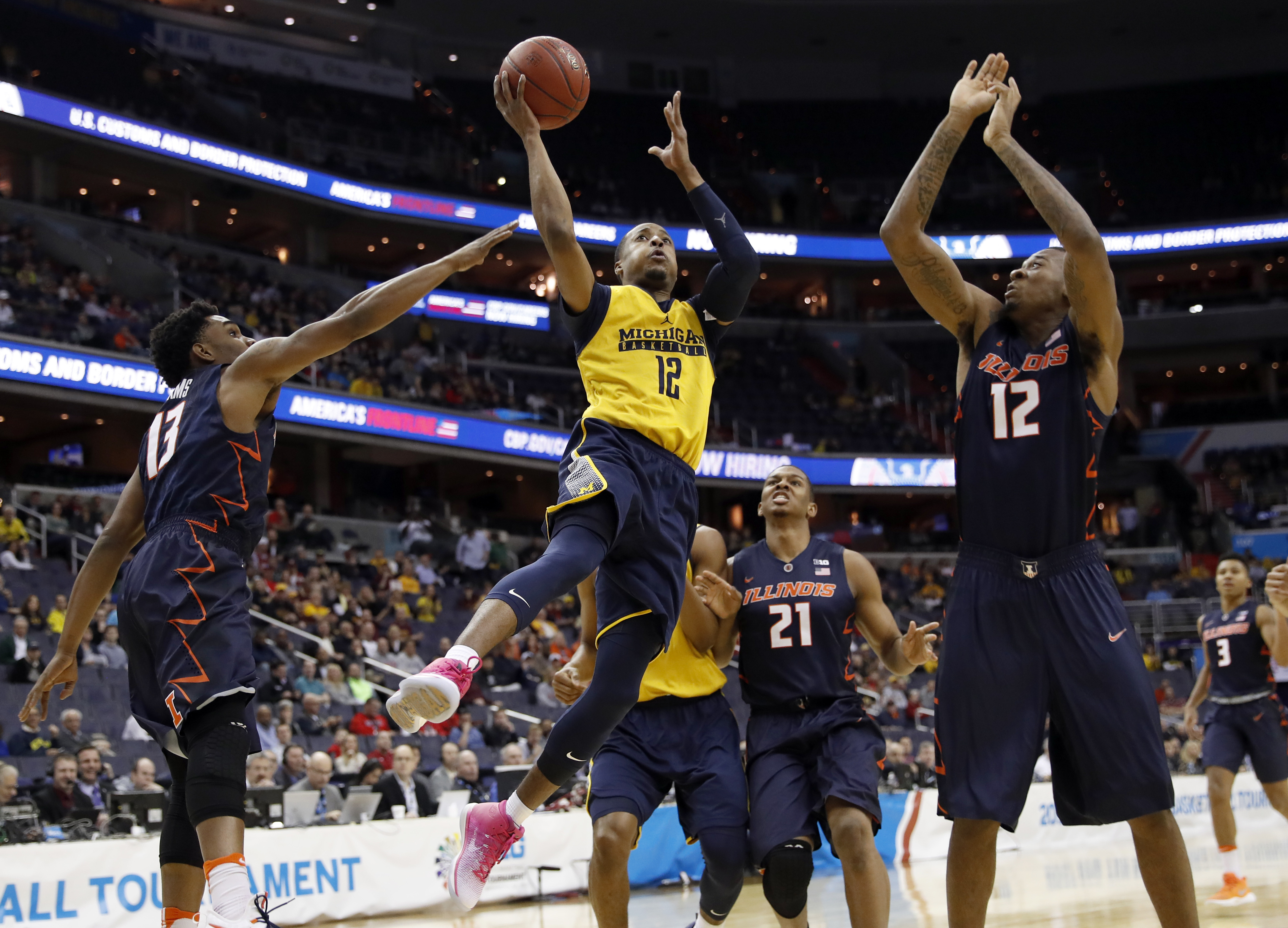 By the way Michigan started that game they should continue wearing the practice stuff !

But Arkansas chose to wear its practice stuff

I believe that it is a technical for uniform tops and bottoms not to match.

I would think that Meechigan got a pass because of circumstances, but I wouldn’t think that would hold for future games.