Seth Davis moves us up to #7 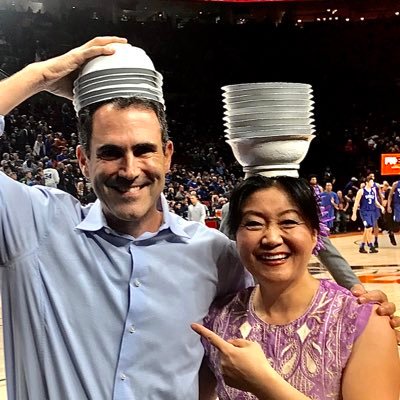 Kentucky was #6 and loses but he moves them up to #2…man I must be dumber than I thought.

UK lost a 2-point game on the road to a top 10 team. Kansas lost by 10 to Bayluh, the rest were major upsets.

When the top 6 teams all lose, somebody has to be #2. Arizona got whipped by a mediocre Colorado team.

Duke #7 Baylor #10 both won…seems pretty obvious that Duke should be number 2 to me.

Maybe that implies they consider us much better than #18 ranking at the time?
I agree with Swine. Ky lost to a much much better team by 2 points on the road. (were not for that lucky 3pt bank shot it would have been by 5)
The teams above Ky lost to much lesser and in some cases un-ranked teams.
I think that says more about us than it does about Ky.

Seth had us #13 last week, which was tied for our highest vote in AP. It will be interesting this afternoon to see how many vote us top 10.

We’re 7th and Duke is 14th? In addition to very good guard play, Duke has two bigs, Banchero, who is an inside and outside threat, and a threat to be the #1 draft pick, and Mark Williams, who is a 5 star force inside. As good as we are, and as well as we have been playing, and as much as I think of Jaylin Williams, and he is terrific and one of the smartest players we have ever had, Kessler and Tshiebwe gave us fits, and that is dealing with one very talented inside threat, not two. UNC has a talented inside big in Bacot and another who is an outside threat, Manek, but still did not match up well. Bacot tried to guard Banchero and got in immediate foul trouble last time. We’ll see what happens this Saturday with UNC and Duke. But I think that’s our weakness, no depth inside, as smart as he is God help us if Jaylin gets in serious foul trouble (although he has gotten in some and we’ve weathered it for short periods), and I have no idea how we guard two talented bigs at once. Btw, I am the opposite of a Duke fan, I am just making an observation. All teams have weaknesses, and that’s an obvious big one of ours (no pun intended). Great and smart playing and coaching can mask weaknesses somewhat, but sometimes there’s only so much you can do.

Look at who Duke beat!

They have also beaten Kentucky this year. And Gonzaga. For what it’s worth.

The madness has begun!

Well Kentucky is now 7 in the AP pole.