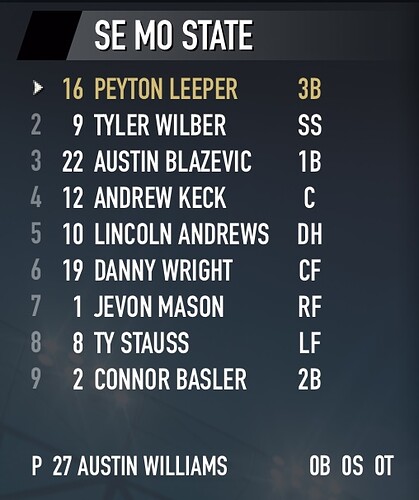 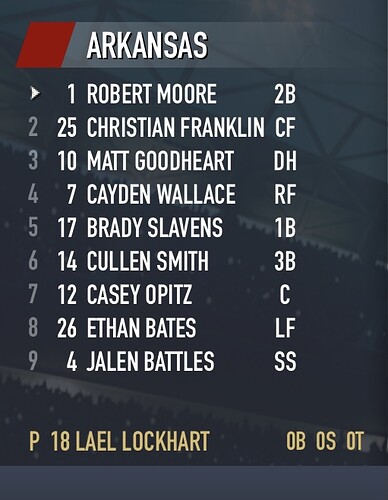 The rain is suppose to move out

Tuned in just n time to see Wallace blast and pronto Slavens kills it. That would have been out anywhere.

It’s raining, although not too hard. 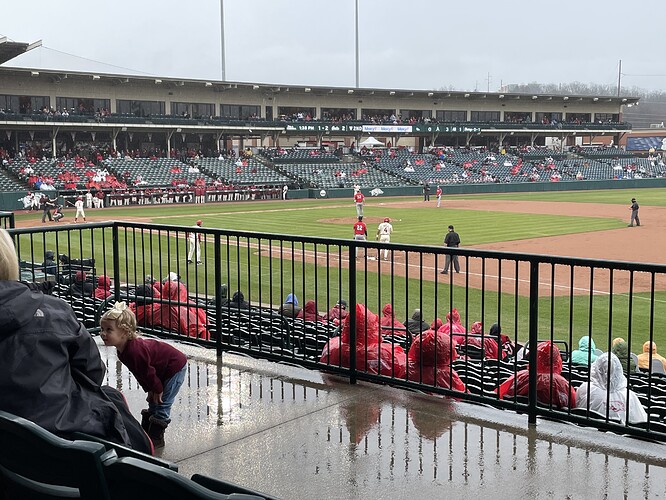 Hope we can get it in.

Opitz taking the word “sacrifice” to a new level. I hope he’s okay.

If this game is called for weather some point after 5 innings, will it count as a game? I’m not sure this game can get through 9.

Got to get backup catcher,leach can’t throw to 2nd in the air, his throw down to 2nd in between innings and the steal attempt throw both bounced 5 feet in front of the bag .

Got to get backup catcher leach

He’s not the same polished catcher Opitz was as frosh. I like his swing though.

Should be putting Diamond dry down after every hitter,almost impossible to throw consistently with mound wet.

Should be putting Diamond dry down after every hitter,almost impossible to throw

Yep, too slippery on the mound. Great for batting averages

It’s an official game and the game is in rain delay. Phil says they can’t cancel the game until they wait 30 minutes. The guess is it will be canceled since infield is slick. #WPS #OmaHogs #ThisIsBaseball
Baumbastic_Hawg February 28, 2021, 9:31pm #17 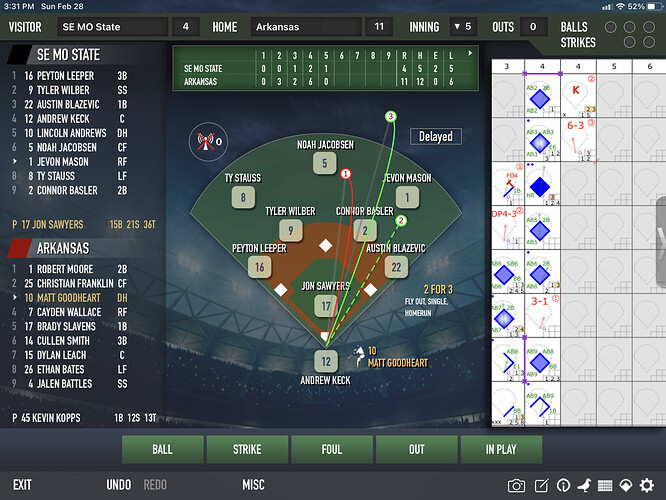 I didn’t say it ealier, but I enjoyed Goodheart’s blast today. I love his swing, and today’s was a classic, if not slightly weather impacted… I sure missed him during last week’s adventure against multiple Texas teams…

He is Great hitter, has perfect plate balance which allows him to stay back and hit to all fields

He is Great hitter, has perfect plate balance which allows him to stay back and hit to all fields

That’s exactly my take, except I look at him as a type of Rod Carew hitter…with power.
R