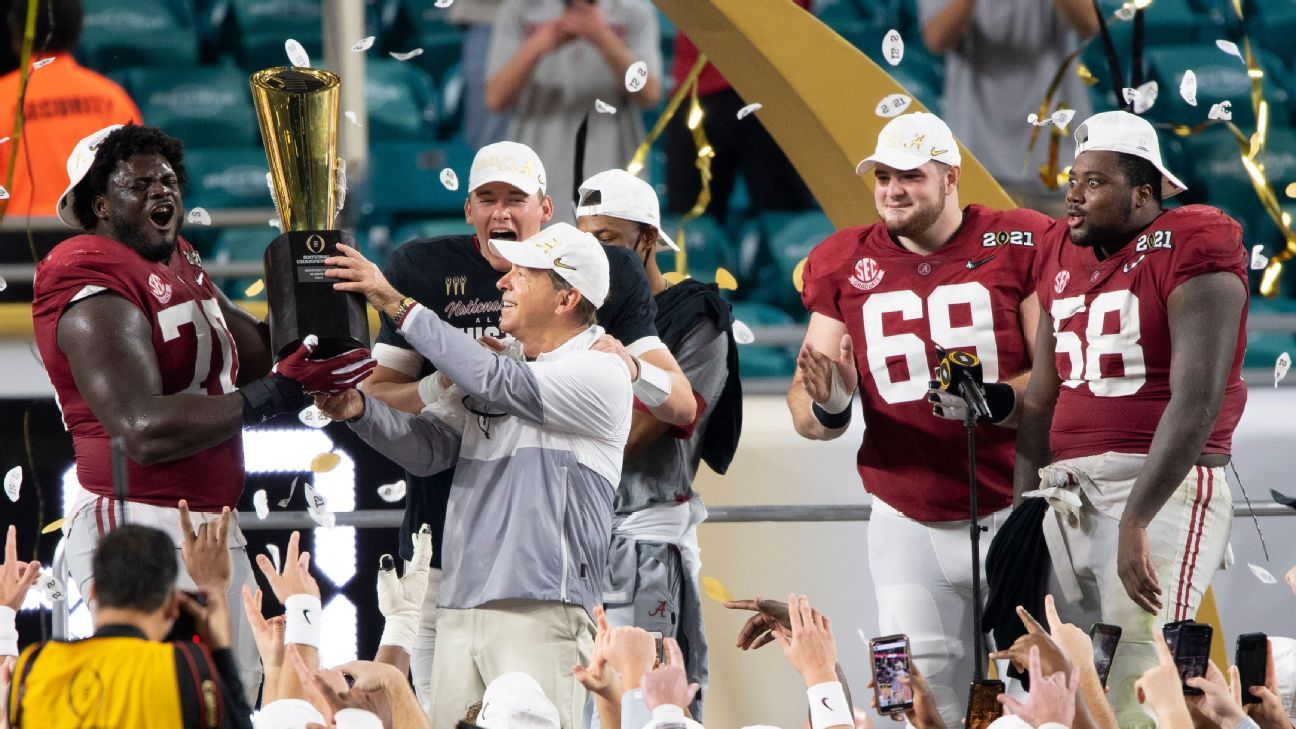 Alabama lost a strong core of players from last season's championship team. Does that make the Crimson Tide vulnerable to the rest of the SEC West?

Does he have anything good to say about us? We know he & everyone else thinks Bama wins it.

Yep. He says our SP+ ranking, which is an analytic power rating, is 41st in the country. (Moo U’s is 44th) Projected number of wins: 5.8 (2.8 in the SEC). Toss-up games are Misery, Moo U, Auburn and (drum roll) Texass. Likely wins are the three other NC games. He says we’ll be better but a ridiculous road schedule limits our win total; of our six toughest opponents, only EOE-A comes to Fayetteville. A top 50 SP+ at year end would be our first since 2016.

Then he lists things we found out from the 2020 Hogs:
Sam has restored the fight,
Odom needs playmakers on D, particularly the DL

What we didn’t find out:
Can KJ be a winning QB in the SEC and does he have enough weapons around him?

Then he’s got a chart of our history with SP+ rankings since World War II. No surprise that it peaks around 1969 with lesser bumps around 1985 and pre-ditch Petrino.