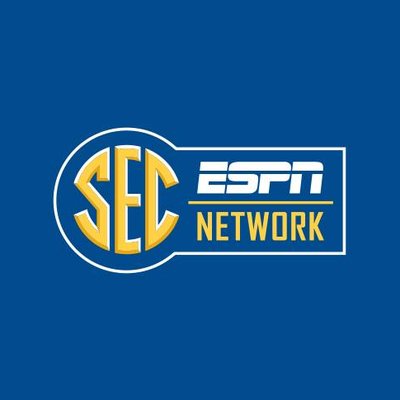 I think Takeo is a bit biased on that Oct. 29 outcome. I’d put Auburn near the top of the games I’m most confident in Arkansas winning this year. I think the team wants that game bad.

I definitely agree that we should beat Auburn for sure.The BYU game for me will be much tougher to win because it’s after two very tough games against Alabama and Mississippi State and we have to go on the road and play them in that altitude…

I think the A&M game will be tougher than the Ole Miss game because of their defense. We may end up 8-4 but not the way he has it

I saw this a day or two ago when it first aired on SEC Now–also had a nice interview of Bumper Pool. Agree with Matt that Takeo is biased on the Auburn game but my main gripe was his reasoning behind why he thought MSU would beat us. It was like we didn’t know how to play defense against them. Did he not see how Barry Odom designed the defense that beat them and kind of put him and us on the map? Except for Auburn, his predictions might turn out to be correct, but, having not watched the SEC Network as much as I used to, I find myself missing Marcus Spears and Booger McFarland.

8-4 would be a very good year with this schedule.

The only thing that keeps us from beating Auburn is the zebras and Birmingham…just like the last 2 years. At this point, it’s almost criminal. I will be extremely disappointed if we “lose” to them this year. I can’t even believe that Harsin is still their coach…just like their fans.

Quit worrying about altitude. They are below 5K feet. If you are in condition, it should not matter. Now,
BYU will be a difficult game, but altitude is just excuse until you get well above 5. I hear that stuff from people who think it is a big deal.
there is a little less O2, but if you are in condition, so what. Pro and college teams come in here every day and play well.

I’ll definitely take your word for sure since I have never been in that altitude or even close to it.The timing of the game will make it difficult on its own after 2 tough SEC games and I know BYU loves to play very physical like we do and brings back 20 starters I believe.

Takeo may be basing the Hogs losing to State premiss on the old equation of a team losing to whoever
it plays, the week after they play Alabama bc they’re so beat up.
But this day and age and if you have a good physically fit team (and we do) I think that hypothesis
doesn’t apply.
And the Auburn loss? Who on earth knows where his theory on that one arose. The Razorbacks
already know for us to make our mark and stand our ground again we have to beat not only on the road but also enough to convince those (ahem) referees.

Mississippi State appeared to begin figuring out our defense the second half last year if you remember. The only thing that saved us in that game was the Missed field goals. I think we are going to have a very tough time winning that game in that environment. I’ve been there a couple of times and you can’t hear yourself think with all them stupid cowbells.

We’re likely to be physically and mentally drained by the time we head for Utah.

Second toughest game on the schedule.

If you are in condition, it should not matter. Now,
BYU will be a difficult game, but altitude is just excuse until you get well above 5.

I could definitely tell the difference when you had me on those wood boards 11,000 feet up, Jim, but at the base of the mountain (which is still 8,000+ feet), nah. Of course I wasn’t trying to play football down there.

The biggest effect I rememger on atmosphere affecting people was the UNLV game a few years ago in War Memorial on a very hot humid day. They led after the half but the coach obviously changed clothes at haftime as he was soaking wet from humidity. I thought it was obvious that the Vegas guys melted in the second half and we won the game on a fairly late score.

Yes nobody in the nation will play 4 tougher games in a row than that! And all of them are very physical battles, so yes by the time we get to BYU we will be incredibly lucky if we will not have a significant injury or two that will play a factor in the game.

We’re likely to be physically and mentally drained by the time we head for Utah.

4500 feet at Provo. Still less oxygen than in Fayetteville. Sure you get used to it after a few days, but not after just one day, and playing hard. It’s a difference. Better that the game is not in early Sept.

Disappointing projection with questionable homework. Auburn, no way this game will be a loss unless only the equipment bus shows for the game. I see A&M, BAMA, and LSU as wins in a generational sweep this year plus Mississippi State and Ole Miss are possibilities of losses although Arkansas has better talent than either of the Mississippi schools. The Carolina game is a hard one being on the road and the second game of the season. I see the Hogs losing two, BYU on the road and one from either Texas A&M or BAMA.

South Carolina is a home game, tho.

Saw something last night that the lowest point in the state of Colorado, which is something like 3300 feet elevation, is higher than the highest point in 18 states to the east, including Arkansas.

Getting back to OP, I think 8-4 is a reasonable, if somewhat conservative prediction. We lost a lot on defense. We think we’ve replaced them and then some, and replaced Burks with WR by committee, but we’ll start seeing in three weeks. I wouldn’t be stunned by 9-3 or 10-2.

Not as optimistic yet with our difficult schedule plus our defense losing key players in the offseason & further depleted with injuries in practice. We need for the injured to heal & the younger players to step up. Hope our offense can grind it out at the line of scrimmage & control the clock to help out our defense.