Anybody know where has offers from? How interested is UA?

For those not familiar, he is a WR. Played at Searcy one year and helped them win a state championship. Originally from TX.

Kansas, Arkansas State, UMass, S Miss and others have offered.

At this time, I don’t see Arkansas offering. Obviously could change.

No camps will definitely hurt him. 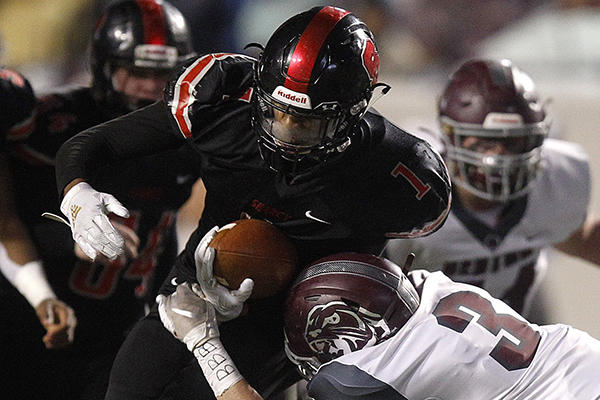 The coronavirus pandemic is making the recruiting process more difficult for thousands of prospects around the nation, including Searcy receiver Marlon Crockett.

If he had decided to transfer to PA, LRCA, or another private school in LR for the exact same reasons, everyone would be screaming “RECRUITING”. Now, it was impossible to do so with the AAA rules in place as he would have had to sit out a year and forgo his senior season. I’m not saying Cabot recruited him either. But I am saying the kid should have had every choice as to where he went to play his senior year as the reasons for his transfer are absolutely valid and I’ve seen more public school recruiting kids than private schools.