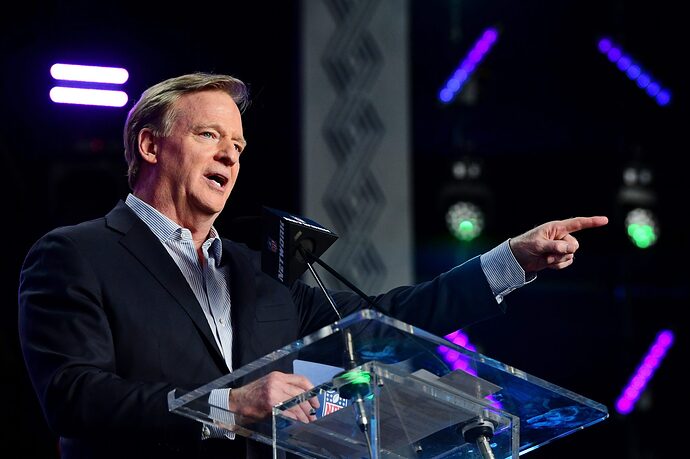 Filthy rich: How much money every 2022 SEC first-round draft pick will make

Contract values are out for the first-round picks.

Georgia made some life changing $ for several of their draftees.

Not bad for a country boy.

Wow, can you imagine looking at your bank balance one day and it’s a few hundred dollars (or less), juggling to pay your bills, and then the next day it’s $7,630,607 (Burks’ signing bonus)? Just wow!

He’s had an agent for 5 months. His bank account has been ok since then — except for what he used to buy an engagement ring.

He doesn’t have to worry about money as long as he don’t just go crazy spending money.

He has earned it and hopefully the next one will be even bigger! I think he will be a huge ambassador for the Hogs in the future as well!!!

That is good money but not life altering money for a lifetime. He gets life changing money on his next contract if he does well his first 2-3 years. Once ole Uncle Sam gets ahold of him he will have enough to live comfortably for a few years. He obviously doesn’t seem like a big spender so this will last him longer than most in his position. You can’t get too many in the posse or they will bleed you dry. He has a big heart and loves his family. I am guessing he will build a few homes in Warren for those he loves the most. He will have an Arkansas home as his main residence from what I am told. He could save himself some tax money if he keeps his home in TN. He would have to rent or lease or build in Nashville if that is not his main residence. He will pay big bucks for a home anywhere near Nashville. If he has a long career money will not be a problem.

If I’m not mistaken. The 7.6 mil signing bonus is guaranteed but spread out over the course of contract. If released early balance paid in full.

I think it’s paid in full upon signing but spread out over the length of the contract for cap purposes.

We live in two completely different economic worlds because that amount is definitely “Life Altering” for most people and it surely would be for me and my family for a lifetime.

Correct. This is where agent earns his keep.
Do NFL players get all of their signing bonus right away?

Players receive a signing bonus upon signing their contract with a team and it is fully guaranteed. The player usually receives payment in the first year after signing with a team. The team can pay the player the whole amount at once or spread the payments out over the length of the contract to reserve cap space.Feb 25, 2021

Indeed and very happy for the young man–anyone who is so fortunate to have skill sets and get paid for that in market is good thing in my opinion.

Not to start a rehash but it is clear why athletes will forego a bowl game when confronted with this possibility and not knowing if you get injured or not. Insurance polices do not pay like signing bonus do so I keep that in mind when I see the athletes doing what they do.

As I noted, Ga had a monster day one for their players. Kirby will not doubt use to aid in recruiting and motivating his team. Second LSU and Bama combined did not have what Ga had drafted. Recruiting stars matter, large number of Day one drafts were five stars. Finally draft experts are good but they are just as clueless as us fans —NFL drafted heavy on defense while all talk has been about QB’s and offense. Cycles come and cycles go. T Burks signing will help Pittman’s ability to get players too.

Very true for most folks but as noted the big money is in the second contract and he has great opportunity with Tenn. Now it is up to him to make the next step.

$7.7 Million guaranteed is $192k per year over a 40 year work career. All pre tax, so we know what taxes are along with death and that is certain. Bet Nil is helping the learning process along in that regard as an unintended consequence .

I knew when I typed it that some would immediately jump on me for saying it. I understand what you are saying but here is the issue. You don’t continue to live the same lifestyle you did prior to signing the contract for millions of dollars. A few could get that money and live a good life and never want/need anything ever again. It takes a special person to do that. He is young and starting with nothing. That is different than giving a 50 year old that type of money. Most won’t live the same life they lived prior to gaining all that wealth. How do all these Multi Millionaires go broke? MC Hammer spent 70 million and went broke at one point, Evander Holyfield lost over 200 million and went broke, Curt Schilling lost 115 million and went broke. I know those are extreme examples but about 80 percent of NFL players go broke 3-5 years after their career is over. My point was more around, could TB get a big enough 2nd contract to beat the odds and be wealthy his entire life. From all accounts he is a bright young man with a good head on his shoulders. Hopefully that leads to a life well lived and no financial worries.

If TB handles it properly, his rookie contract would be life changing money, and everything else (2nd contract) would just be gravy.

Lifestyle and spending typically goes crazy with many pro players (and their families) in every sport… the list of players being broke within five years of their playing days is a really high percentage. Don’t think this applies to Burkes, hopefully.

It’s not necessarily the lifestyle and spending that gets them. It’s bad investments and handing out money willy-nilly to friends and family.

I hope that TB’s fiancee gives him some nudges in the right direction. My sense is that single athletes are a little more prone to get into money trouble.