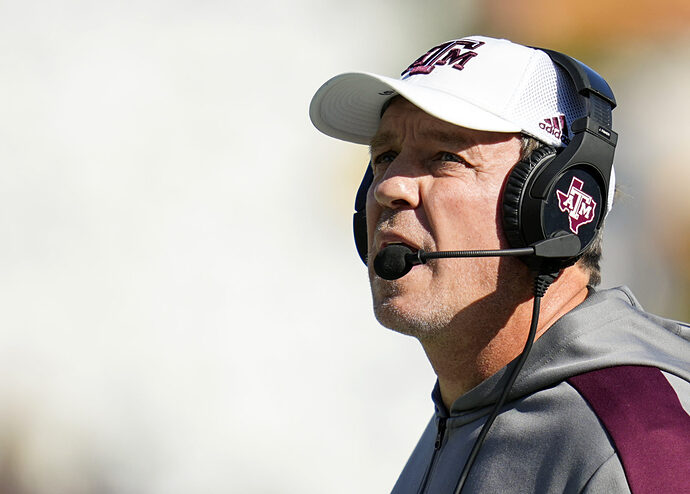 3 teams getting too much love and 3 who aren’t getting enough love in...

Let's overreact about some rankings.

I agree with him on these points: Who replaces Burks so Jefferson can be himself? Who are the front seven replacements on defense?

Not strong on TAM’s early rating and more positive in Ole Miss than national media.

I think he is fair in his evaluaion

He is spot on IMO because we have to prove we can produce a passing game without Burks. I think Hazelwood will be a very good receiver and I am in really expecting Satenga come in and make an impact with his speed, Hornsby if indeed is a receiver has incredible potential… we need a tight end to be effective as well…

Defensively we need to get one or two DL that are impact players in here and we may can do that with the grad transfer Player. We need to get Sanders as well we get those two guys and the LSU guy in the secondary and we will be well on our way to showing up the defense then it’ll just be a matter of staying healthy, if we do that we should be fine

The wild card on offense is whether we have a TE or two who can get a bit further down the field and catch a few balls. Expanding the threat from the TEs will make the WRs and RBs receiving chores easier, and give KJ another option.

Lots of new guys on defense. The good thing is that the returning players have been in the same system for a while, you have a couple of anchors in Catalon and Pool, and some of the new guys have a chance to make an immediate impact.