SDS article says Arkansas may be a candidate

to be shucked should SEC Conference expansion continue. 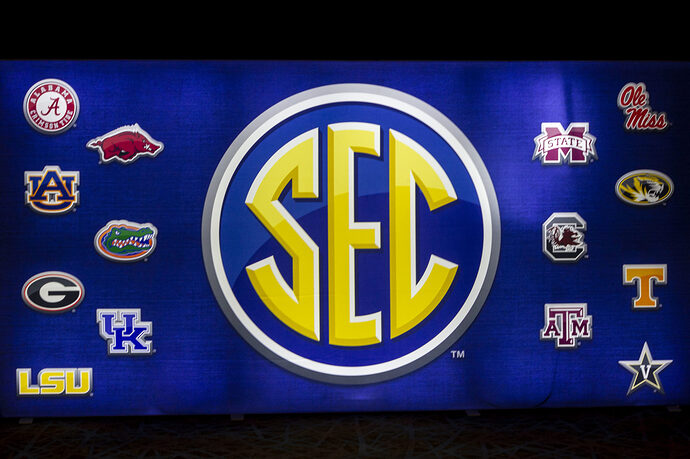 SEC should feel good about expansion, but these teams might feel a bit uneasy

The SEC would be stronger if it booted a couple of programs in favor of adding even more football firepower.

I’m guessing that this is the article you referenced. It only talks about football. IMO, there is a lot more to the conference besides football.

SEC should feel good about expansion, but these teams might feel a bit uneasy

The SEC would be stronger if it booted a couple of programs in favor of adding even more football firepower.

Typical clickbate article by SDS. They act like our history only goes back 3 or 4 years, I guess they feel they have to put out some type of garbage.

That article made my blood boil. I have no idea who Dave Hooker is, but he probably likes The Dave Matthews Band.

Author out of Tennessee. Probably just miffed because we’ve owned them of late in almost everything. Trying to deflect attention away from the problems his shade of orange will encounter with the stronger conference. Would love to see them in a pod with Bama, Auburn, and LSU.

Other posters on the article made similar comments about how ignorant the author is.

One point the author made that I at first made myself, was with Texas and Oklahoma joining the SEC, that further removes the pool of talent we could get using “we play in the SEC” as a weapon in our arsenal. BUT…a good friend of mine made a good point, that Texas and Oklahoma are already top 10 recruiting schools, it’s not like when A&M came to the SEC and all of a sudden A&M were consistent top 10 recruiters, pulling talent away from Arkansas. Meaning, Texas and Oklahoma are already there so they really can’t pull much more talent than they already are. For Arkansas, my friend claimed this a great thing because now we can pull not from UT or OU for talent but pull 4* talent away from OSU, TCU, TTech, Baylor, etc. Those schools now have no clear home or even capabilities of getting into a major conference with local schools anymore, particularly to get noticed by the NFL. So 4* talent that doesn’t get picked up from UT, OU, or A&M, will want to stay closer to home and the school that for sure will make room that is close by is Arkansas. We’ll see if that’s true.

Aloha,
I believe the UA won 10, yes 10 SEC titles this past school year. Almost double of anyone else. How many did Tennessee win???
UA…Campus of Champions

Been to see him twice.

You also like the Celtics. Nobody is perfect, lol. Still love you though, Duds.

The last concert I went to see and hear was about 6-7 years ago at the AMP in Rogers…Steely Dan.
They were probably the best musicians I have ever heard. Donald Fagan said it was the best group of musicians he had ever assembled for their tour, and that is saying something.

Chicago long ago with Terry Kath was incredible. James Brown at Barnhill was pretty awesome, too.
Billy Joel in his prime with his great band was special…a New Yorker for sure.

I’m just hoping Fagan is still alive in 2022, lol. The AMP has been rocking the past few weekends, we’ve got Buffett in Sept!

Walter Becker is gone. Without Donald Fagan, there is no Steely Dan.

I am replying to myself…I guess that is kinda weird, but…

I came to Fayetteville in the Spring of 1966 to Gabalee as a high school senior. I saw Tina Turner at around her age 25 or so performing with the Ike and Tina Turner Review. The band played on a flatbed truck(no joke). She had a mini skirt on. She was somethin’. What a set of legs!

You also like the Celtics. Nobody is perfect, lol. Still love you though, Duds.

I have to agree with you Jeremy, can’t fault Dudley for his misguided allegiance, heck he likes the Cardinals.

I’ll be over here in the corner with all my World Championships (33) between my big 3.

33 more than Dave Matthews has.

I’ve only had one NFL, one NBA and one MLB team in 58 years.

They were the ones i got on the TV or radio in Newport (actually Balch) in the early 1960s.

I am the furthest thing ever from a bandwagon fan

I do not have colleges teams.