Royals will not release MiLB players

I posted this in the Minor league players being released thread, but I thought it deserved its own thread. This is a part of the statement from Royals GM Dayton Moore:

“Understand this: The minor-league players, the players you’ll never know about, the players that never get out of rookie ball or High A, those players have as much impact on the growth of our game (as) 10-year or 15-year veteran players,” Moore said Friday in a conference call with local media members. “They have as much opportunity to influence the growth of our game as those individuals who played for a long time because those individuals go back into their communities and teach the game, work in academies, are JUCO coaches, college coaches, scouts, coaches in pro baseball. They’re growing the game constantly because they’re so passionate about it. So we felt it was really, really important not to release one minor-league player during this time, a time we needed to stand behind them.”

“It’s special,” Moore said of Friday’s news. “This thing is so much bigger than us. We have a very small window of opportunity in this game. We take nothing for granted. We are stewards of this game. I think John Sherman said that from the very beginning. David Glass always talked about being a steward of the game. And that’s what we’ve always tried to do. We want to make the game better than we found it. That’s all. That’s all we’re trying to do.

“And we don’t deserve credit for that. That’s what we’re supposed to do.”

Three other teams have committed to paying their minor leaguers as well. 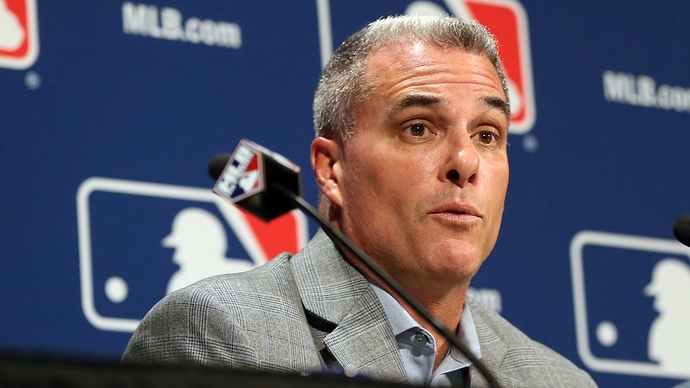 Mr Moore couldn’t have said it or done it any better. Shows class and integrity for the game.

They all followed the direction of Auburn, who is continuing to pay their players through the shutdown…

So far 9 MLB teams have committed to pay their minor leaguers all season and 15 more are paying them at least through June. Five teams haven’t announced anything. Oakland remains the only team that is firing all its minor leaguers. I would not expect that to help them in trying to sign UFAs after the draft, whenever that is, unless they offer kids that nobody else wants. If a kid has a choice, why sign with Oakland?