For $4 billion plus. He can afford it. So that makes two Arkies owning NFL teams, plus semi-Arkie Stan Kroenke, who is married to a Walton and owns the Rams

$4 billion is a record for a US sports franchise and would have been a world mark until the Chelsea football club in London was recently sold for $5 billion. But that includes the Chelsea stadium and a few other things.

4.65 billion. So obviously new venture for the Waltons. Anybody in the family have any football or sports background? 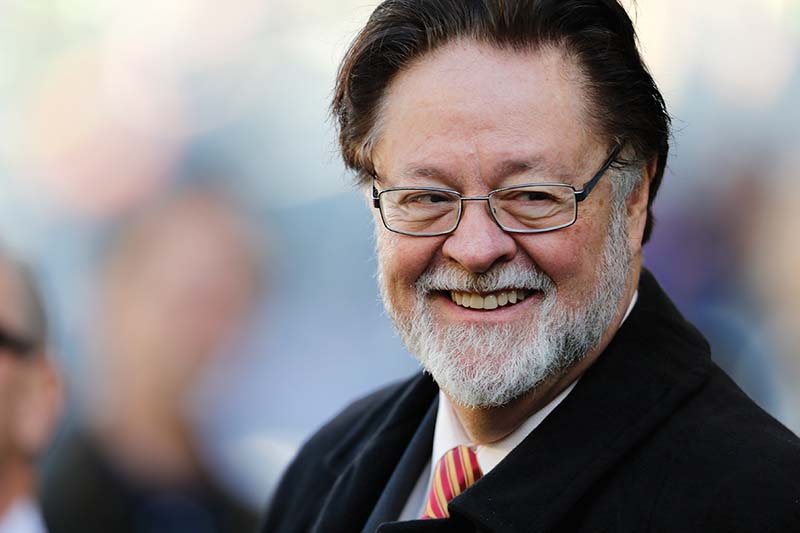 Chairman of San Francisco 49ers is a Catholic High graduate

LITTLE ROCK, Ark.- Did you know the Super Bowl has a Little Rock connection? John C. York, who is an owner and chairman of the San Francisco 49ers, is a graduate of Catholic High. John C. York (Pho…

You’re right. He’s not technically the owner (his wife Denise is), but he runs the team.

Denise is the sister of Eddie DeBartolo Jr., who was the owner during the 49er dynasty of the 80s and 90s. Eddie turned the franchise over to Denise after he pleaded guilty to a felony corruption charge involving Louisiana Gov. Edwin Edwards.

Anybody in the family have any football or sports background?

The best owners (and a certain Arkie in Dallas needs to understand this) hire good people, support them, but get out of their way and let them do their jobs.

Take Stan Kroenke for instance. He’s been in the sports business long enough to have a good idea, but he’s not a “sports” guy, and he owns multiple franchises (including several in Denver; the new Broncos owner is related by marriage, and they will pretty much control the Denver sports scene). Arsenal fans in London largely hate him, but he gets out of the way and hires good people, and spends money when it’s needed. The Rams won the Super Bowl. He also owns the Colorado Avalanche, which may well win the Stanley Cup, and Arsenal has climbed back up into European competition this year after a few years’ absence.

Jerruh has done a great job of building the Cowboys as a brand and a moneymaking machine. As a competitive NFL franchise… not so much. JJ would never hire a Les Snead and turn him loose to build the roster, which is what the Rams did.

I don’t know how much Rob loves sports, but I’d love it if he decided the Razorbacks need about $100M of his love.

I don’t know how much Rob loves sports, but I’d love it if he decided the Razorbacks need about $100M of his love.

Shoot, that’s just week-end walk around money for him. It’s just a little over 1/10th of 1% of his net worth.

I know. It could make a huge impact for the program & he wouldn’t even notice it was gone.

That would pretty much pay for the BWA renovation on which his uncle provided the seed money 30 years ago.

arsenal was in the europa league semifinals in 2021…

arsenal was in the europa league semifinals in 2021…

You are of course correct. However they got there by winning the FA Cup, not by their finish in the EPL. Last time they finished as high as fifth was 2019.

But that’s it, Jerry is a football man but to much of a control freak, kind of in the manner of Al Davis.

When it comes to workforce & business models I’m a firm believer in surrounding yourself with talent that you can trust.

You are of course correct. However they got there by winning the FA Cup, not by their finish in the EPL. Last time they finished as high as fifth was 2019.

true that! I am an LFC supporter so it wasn’t long ago we were in the same place Arsenal is at now…

But that’s it, Jerry is a football man but to much of a control freak, kind of in the manner of Al Davis

Jerry ran off Jimmy Johnson because he thought Jimmy was getting too much credit for their success. It’s not just control, it’s ego.

Cowboys may not win exactly as much as some want. But they do win. And it’s a huge win because of revenue. In that way Jerry is successful. I give him credit for building that stadium. Massive win. He has helped UA and comes to games.

Not so easy to win in salary cap days. Obviously can be done. But you have to get lucky with quarterbacks.