Anybody know what happened?

Prayers for his family. That’s really sad. He was a good one.

So sorry to hear this. Hearing his name brings back memories when Central Arkansas kids populated Razorback rosters with many memorable young men. Condolences to his family. Rest In Peace Donut.

He was listed at 6’ but those that were around him say he was closer to 5’9.

He was one that wouldn’t have impressed in combines, but he was a great player. All SWC.

Donut was on campus same time I was. I wouldn’t say we were friends but we knew each other pretty well. I’d say 5-10 or 5-11, slightly taller than me

Wide as he was tall. And no way to move him.

Here is our story on his death and career. 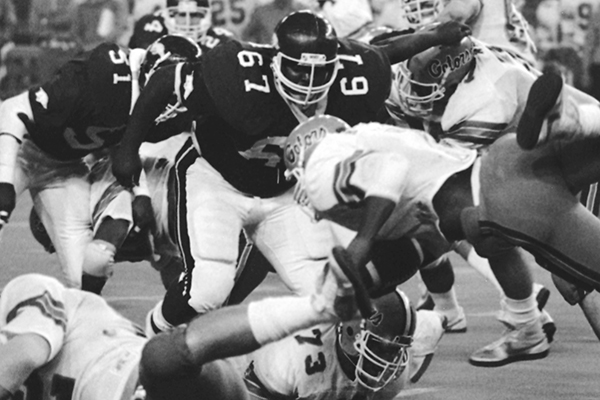 Richardson, a 4-year starter for Arkansas who earned 1st team All-SWC honors in 1982, died Thursday in his hometown of Little Rock at age 60.

Very sad. He was a good one, for sure.

Always remembered him since he was in my first class at UofA. Being from TX, I was in awe of sharing a class with & meeting a Razorback football player. Seemed to be a fun guy & always a smile on his face. RIP!