One of my favorite players of all time. He was one of the reasons I became such a huge Cardinal fan.

I will never forget listening on a little transistor radio late at night when he broke the all time stolen base record out in San Diego. I let out a little yell into my pillow but still woke up my Mom and Dad.

He seemed such a gentleman, always had time to encourage others.

He was born in El Dorado, he said he grew up a Cardinal fan like some many in Arkansas, listening to KMOX late at night.

I can’t say it better than what Albert Puhols said in his Twitter feed:

My prayers are with Jackie and the Brock family tonight.
Lou now enters into the glory of his Lord and Savior, Jesus Christ. “Well done, thy good and faithful servant.”
You will be missed, my brother. Until we meet again. 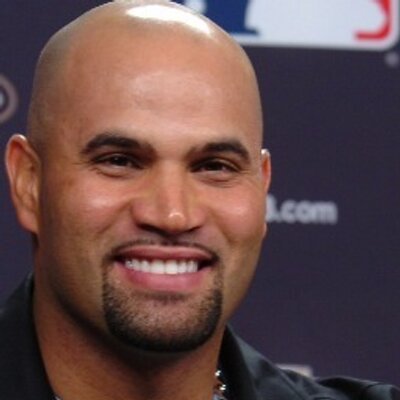 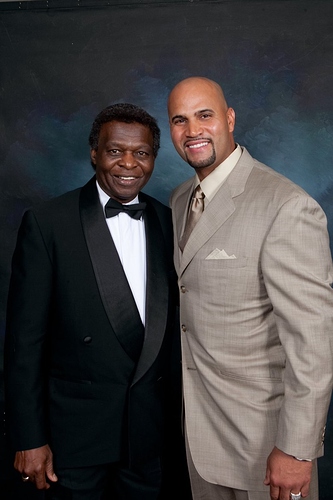 Right up there as one of my favorite Cards. I too listened to that SD game on KMOX and ordered the poster of the steal the next day.

One of the greats in American sports. My two aunts that owned a restaurant near Busch Stadium had dozens(closer to hundreds)of pictures of their beloved Cardinals.
Lou Brock was prominently displayed. Our country is diminished by his departure.
RIP great warrior.

When I first became a baseball fan, I was a fan of the Cards. Lou Brock was an integral part of those teams in the '60s. Even after I became a fan of the Royals, those teams were still my favorite. I once attended a game in St. Louis and made a brief trip to the concession stand. While I was gone, Brock got on base, stole 2nd and 3rd, then scored on a sac fly. The game ended 1-0 and I missed all of the scoring.

*Moved to Baseball board.

RIP Lou, such an exciting player. Forever an Icon in the game.

BTW, if you have a subscription to The Athletic, be sure to read this article. 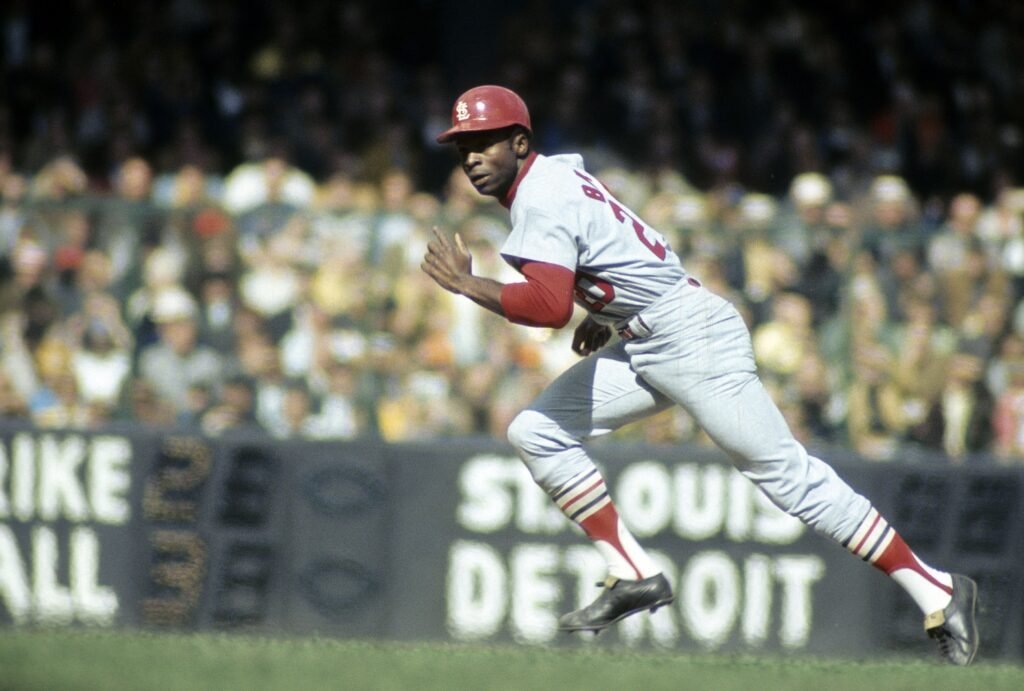 Posnanski: Lou Brock's fearlessness and joy made him a Cardinals legend

Brock finished his career with more than 3,000 hits, more than 1,600 runs scored, and was elected to the Hall of Fame on the first ballot.

It’s hard to find anyone who used his abilities so well, in all areas. I do not dislike the Cubs, but I do enjoy it when the Cardinals beat them. Lou Brock was salt in the wound for all Cub fans.