I have to say my gut reaction is not a good feeling about this. Another guard? Ok Ricky council is maybe better than jaxon robinson, maybe. So best case scenario j rob is leaving and we get a fair trade/ slight upgrade there. But why would this kid choose us over Kansas, Alabama and others just to be the last guy on our bench?! Smells like someone (guard) is not going to make it to campus who we certainly would be better off with making it to campus

(Surely there is some insider with real knowledge of what’s going on??? It feels like we can’t get any actual real recruiting news around here since the new era of NIL and transfer portal. All the sudden now it’s all about we aren’t confirming anything until it’s official. Cmon. Nothings ever official until school starts and even then they have to make the grades etc but we want some news now. News about what’s going on leading up to things being officially official. Too much drama and intrigue value here just to bury it until fall)

Well if he comes I highly doubt he’s going to be the last guy on the bench.
Kid can play

I’m just assuming since he only started 8 games last year that he’s not that much better than our espn top 100 recruits, and I really wouldn’t want to take playing time away from any of them. Of course muss ain’t gonna do anything to hurt his reputation for recruiting his next top freshman class. I just don’t know how he’s going to keep everyone happy or balance the numbers game. The suspense is killing me

Well I’ve seen enough of his highlights to know he can flat out play and if we are bringing him in I’m pretty sure there’s a reason. 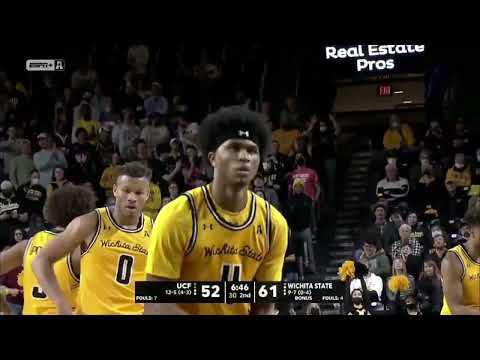 I think there’s a little concern about his perimeter shooting and turnovers, but upside is there with his body and defensive potential. He told me Saturday he wants to be the defensive player of the year in the next league he plays in. Sounded confident in his game and understands areas he needs to improve.

Jaxson never put his name in the portal and the deadline has passed. He’s not leaving…so it has to be one of the transfers not coming.

Theoretically Jaxson could leave now and get a waiver. He would have to have a waiver anyway because he already got his free transfer and Muss didn’t get fired.

With him not being a top transfer where could he land right now if he decided to leave?

Low major D1 and or high D2 is my thoughts. I just don’t see him doing that.

Good point. He could leave, but where would he go?

Low major D1 and or high D2 is my thoughts. I just don’t see him doing that.

Seems to me that he just doesn’t have much lateral quickness. He can’t really get many minutes with a Power 6 team. I think he could get minutes at the D-1 level. He would just need to find a team that plays a plays a zone defense most of the time.

If he could get a little more consistent with his nice looking 3 point shot, he could probably start for a D-1 team like that. He could probably even get good minutes at Syracuse, who plays all zone defense. He has very good length, which Syracuse requires for their zone.

He was a little unlucky that he ended up at A&M and Arkansas, who each have a coach that plays aggressive man to man defense, pretty much exclusively.

Or play for a team that doesn’t worry about defense at all. Like, say, Iowa.

Mr.Council seems like a young man that enjoys taking his time.

How many teams do you think would have passed on JD Notae last year, based on the number of games he started for us in 2020?

He’s still in the NBA draft process, remember. I could have missed somebody, but the only player of note who has backed out of that is Oscar.

I just told my wife that I would take her out for celebratory drinks if and when Mr. Councils recruitment ever ends.

Per another insider, it is over.