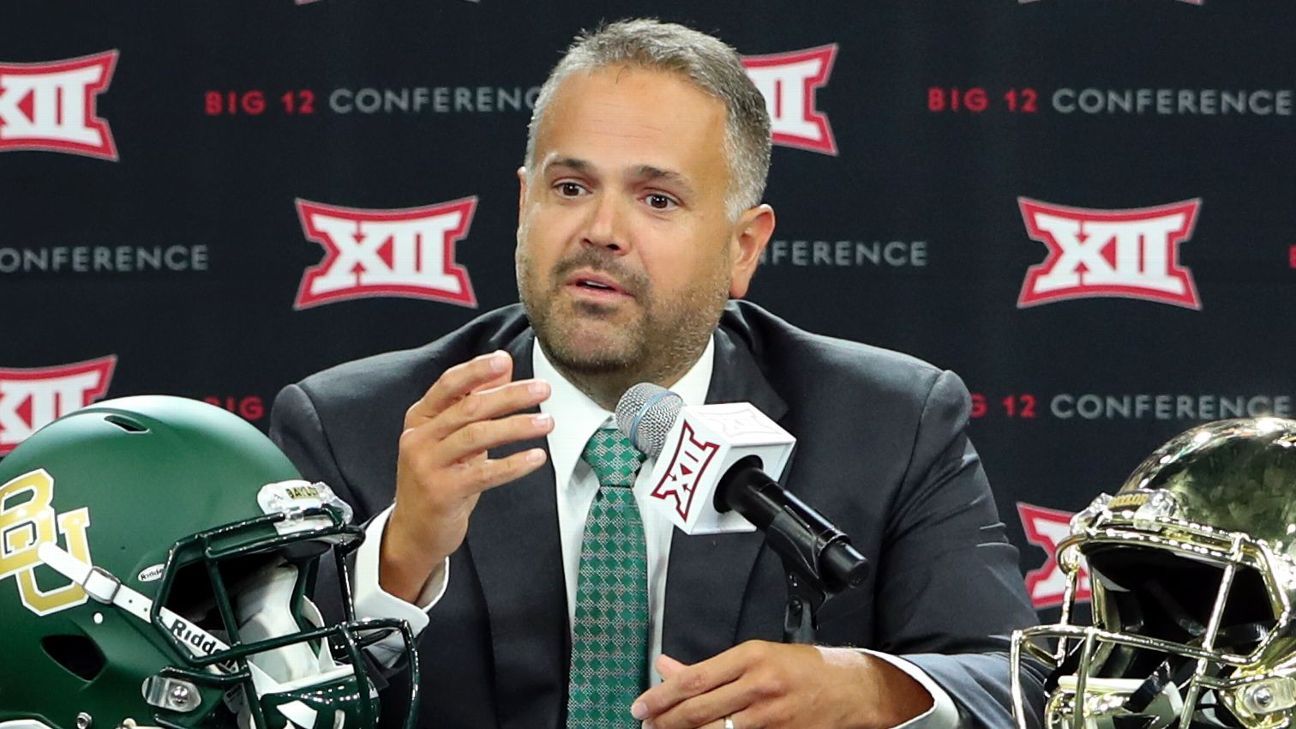 Maybe we can swipe a recruit

Has to help us try to get Hornsby the great Young quarterback.no way he will find a better opportunity to play earlier than what we have here. He already has a connection to briles so those two things have to be going for us.

Boy oh boy has he left them in a pickle lol

No doubt struggling ut is ecstatic not only on game day but for recruiting.

Hope we can benefit from Rhule’s departure.

Baylor had to know the NFL was going to come calling.

Baylor boosters would sell their souls to beat ut & have a shot at Big12 championship - and some of them may have with Art as their HC.

Baylor will go after Sonny Dykes.

Boy oh boy has he left them in a pickle lol

No entity excels more being in a coaching “pickle” than the University of Arkansas’s football program. Let’s not “LOL” Baylor. We have no standing to do so. Baylor resurrected its football program post rape scandals with one hire. One. Rhule actually made it better. Baylor wants to win and has a competent AD and board of trustees. They will hire the right guy, and I bet it’s Freeze. Dykes won’t go. He likes SMU and thinks he can win big there, in that conference.

Dykes won’t go. He likes SMU and thinks he can win big there, in that conference.

How many times do your hear a coach publicly stating that he likes his current gig - usually just before they resign to take their next job?

SMU is barely supportive of their football program, even in good years. Most admins & some alums would prefer to shut down football there. Baylor would be a big upgrade for Dykes.

SMU is getting a lot more support nowadays. I actually went to several games last year and have seen it first hand. You don’t build an indoor practice facility like they built and want to jettison football. Sonny has young kids in HP schools and doesn’t want to uproot them. He’s highly thought of and knows he has a pretty good gig, without tremendous pressure to win. SMU can go toe to toe with Baylor financially if it wants to, as well. I have a little inside info. on this. I’ll be very surprised if he leaves. He also just got a commitment from a 4 or 5 star QB. He’s building it there.

Rhule had built a great gig too at Baylor & making the big dollars & with great incoming talent. SMU alumni base is too small & with minimal support from Dallas, much like Rice, & are one coach away from being bad again, similar to TCU when Patterson leaves. Without being in a Power 5 conference, SMU will usually be a stepping stone for most coaches seeking bigger opportunities. With Dykes, Anderson, & Heupel on the short list for Baylor, will be interesting to see if Dykes stays or leaves.

With all do respect my fellow Hog fan, I do believe you misunderstood how my lol was intended. I say the same thing about what happened at Mississippi State so late in the game. My lol is a chuckle at the timing and merely the timing and has nothing to do with their program or our program or who is in better shape etc. Merely a chuckle at the timing of it all so yes…that particular situation is an lol for me, nothing more and nothing less.