Scott was general counsel for the UA until Dec. 1, 2015. I’m not sure who the foundation attorney was when the Bielema extension was signed.

One of the interesting points in the lawsuit concerned the separate agreements with the UA and foundation, and how the foundation language did not mirror that of the UA contract. This was a line from the lawsuit:

“It has yet to be determined whether the buyout-reducing formula was omitted from the 2012 and 2015 Buyout Agreements intentionally or the result of negligence by whoever drafted and approved those two contracts on behalf of the foundation." 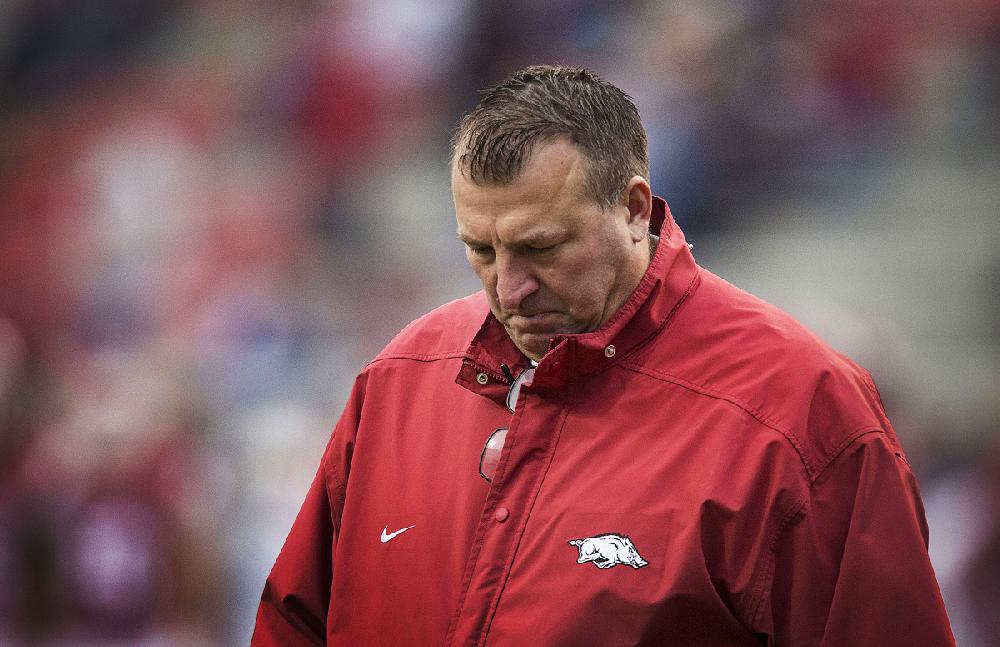 The resolution of the legal action largely could revolve around the portion of the agreement that called for Bielema to actively seek employment.

How much of a discount did we get because BB got the Illinois job? I suspect that’s what drove the settlement. Both sides can argue they prevailed. We forced BB to get a “real job” and we obtain resulting contract credits, and he still gets paid under the contract.

Believe the timeframe for BB’s buyout payments has already expired so there were no further credits or discounts due to him per his being on the Illinois payroll. However, Illinois my have highly encouraged BB to resolve the lawsuit timely so that he was not distracted while coaching & recruiting Illinois.

I suppose one could say doctors win every time someone is badly injured or becomes terribly ill.

Insurance companies win. Not the docs.

No. Insurance companies lose when there’s a casualty of any kind unless they can somehow parlay the loss into substantial increases in premiums that pay more than the losses.

Insurance companies lose when there’s a casualty of any kind unless they can somehow parlay the loss into substantial increases in premiums that pay more than the losses.

Trust me, as someone who makes his living off what insurance companies pay. They are making a killing in the health insurance market. They pay a small fraction of what is billed, drag their feet on paying that much, and have no qualms about letting some beancounter with a high school education decide what is “medically necessary” care. Which actually means “what we’re willing to pay for”, not what is necessary to take care of that person. To actually get a doctor to make those kinds of decisions you have to jump through multiple hoops to get past those $12 an hour beancounters. And there are hundreds of thousands of people paying their premiums to cover what they do pay,

If they weren’t making a killing, they’d be happy to accept single-payer healthcare and get out of the market. They aren’t, and won’t.

Oh, I don’t dispute that insurance companies are making a killing. It’s just that they lose when they have to pay a claim of any kind. It’s absolutely true that a person’s or company’s fear of having a loss allows insurance companies to rake in lots of revenue & profits. But that wasn’t what the comment addressed. He suggested when someone is injured the insurance company wins. It does not.

Didn’t say they were. Funeral homes make money off the dead.

Best and most succinct analysis of our health care system I’ve heard for awhile, and from the front lines. Thank you.

Insurance and Legal professions are ethically challenged.
Which I guess is why so many end up in Washington as either lobbyists or politicians. Professional leeches.

Professional leeches? It must be nice living with with such simple, non-complex thoughts.