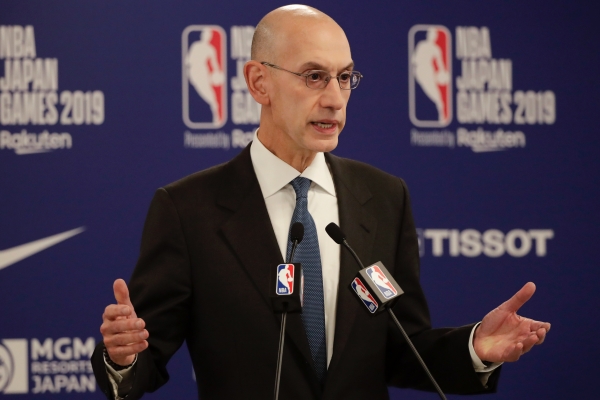 The NBA has reportedly set a date for its 2020 draft.

I would think they’d set the deadline to withdraw from the draft sometime before August 1. Without a combine they’re not going to get much more feedback than they already have.

While Isaiah can obviously wait significantly longer should he choose to, in hopes of getting more info, at what point is it a disservice to the rest of the team? Doesn’t Muss deserve the option to fill that slot before August? I know Isaiah has a right to due what’s best for his career but it sure does have implications for his coach and former teammates. Tough situation.

Have they said they won’t have a combine?

The new deadline for underclassmen is either Aug. 3 or 10 days after the draft combine, whichever comes first. A draft combine date has not been set.

Bet all players decide before the fall enrollment deadline.

So, the draft combine ends on July 24 or so. So that means Isaiah can make a decision by August 10 or so giving Muss time to sign another player before the enrollment deadline. I bet the transfer portal is very active the month of August.

Joe’s decision must be made no later than Aug. 3. The deadline could be earlier than that, depending on when the combine is scheduled, but it sounds like the combine isn’t going to be scheduled until some time in August.

We all want IJ to come back but he deserves as much time as he and his family needs to make their decision. He played hurt, got some medical help and then came back to finish. There aren’t many who would do that.

What is the enrollment deadline this semester?

What is the enrollment deadline this semester?