Remaining portals for us

A player that I haven’t seen anything written about that looks like a great player for us is Tre Mitchell from UMass. He’s 6’9" 240lbs with great stats: 18.8ppg, 7.2rpg, 2.2apg, 76.8%FT, 37.5% on 3’s. His video is impressive because he can play both inside and outside.
Another player that has been mentioned but not much is Tanner Groves from E.Washington. Had 35 vs. Kansas.
Richard or Dudley, have we been in contact with either of these players or are they even a possibility?

Mitchell is being mentioned as a possibility on other boards.

Groves and his brother, who also had a big game vs KU, are both in the portal. Their coach left.

Been pretty quiet on this front the past few days. It will be interesting to see who Muss has for his top couple of choices at this point.

I think we are done.

“I think we’ll continue to monitor what happens with the transfer portal, and even monitor the high school guys as well,” Musselman said. “But we feel really good with where we are right now roster wise … Everyone talks talent, talent, talent. But you want to have really, really good chemistry, and you want roles to align with each other. And right now I feel like we have that.”

I have not hear those players mentioned, but that doesn’t mean there is not interest from either side

Thanks Dudley! He may be done unless he finds that special player that fits what he wants. He has an excellent roster right now and he still wants to encourage the players that he has coming back.

Do we have any spots left, DD?

Under the math I know, it is one.

Would that change if Iyiola decides to transfer and follows Corey Williams?

That’s a question i don’t have an educated answer to yet.

But my guess is no.

I could see that. Makes sense to me.

could see that. Makes sense to me.

I have seen this happen when coaches move to a different school and become head coaches. But this will be a case of a player following a coach that becomes an assistant coach at a new school. Does that happen a lot or is it rare? Trying to remember the cases.

Not in the past but with the one-time transfer it sets up perfectly for Bay Bay.

the one-time transfer it sets up perfectly for Bay Bay.

So, I assume the one time transfer rule exempts even those that have already transferred once, from having to sit out a year. Right?

I would assume. Honestly not sure but I assume so.

According to story at SI.com, athletes who have already transferred once are not covered. Bay Bay would have to get a waiver from the NCAA to transfer again. It doesn’t sound like Muss is going to push him out the door but he would have to get a waiver. All athletes entering the portal have to do so by July 1 this year to be eligible. For fall and winter sports athletes, the deadline will be May 1 in the future. 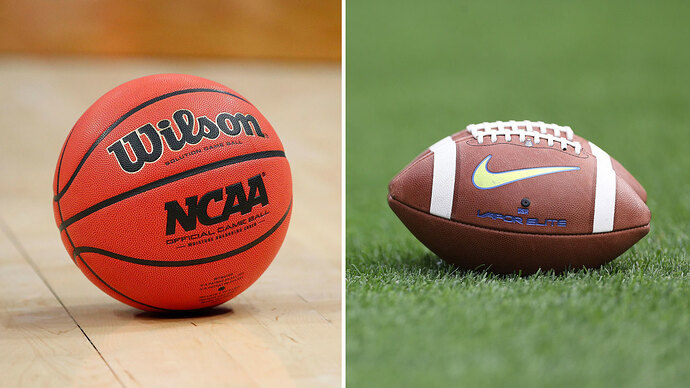 The NCAA's Transfer Revolution Is Here

The approval of a one-time transfer for all without the need to sit out is a game-changing measure, those in the industry say.

I am getting confusing reading on this. For example, Kentucky thinks they are going to get Mac McClung and he will be eligible immediately. Maybe because his coach left. Don’t know.

Kentucky always thinks their transfers will get immediate waivers. In the past they’ve been right but the NCAA has indicated they will not be handing out waivers as freely once this new rule is in place.

I think most who ask for a wavier will get one this year and maybe next. Just my thinking.