Chaney has been granted a waiver by the NCAA: 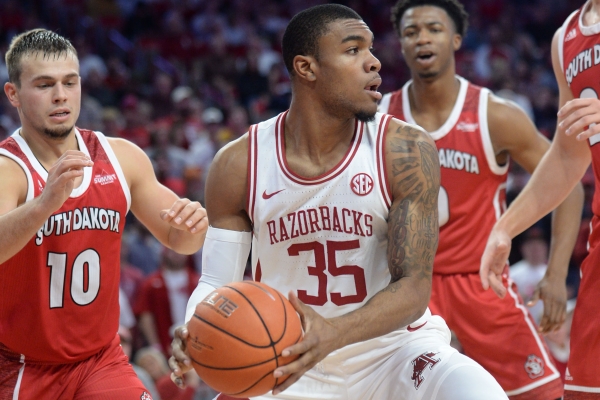 Former Arkansas forward Reggie Chaney was granted a waiver by the NCAA and will be immediately eligible at Houston.

That is awesome for him. Really glad to see him eligible quickly.

I’m happy Chaney can benefit from this and get 2 years, but I’m totally baffled by why the NCAA grants waivers for some and not for others.

Why was he granted immediate eligibility? Did he have a valid reason?

Why was he granted immediate eligibility? Did he have a valid reason?

My guess is if everyone is getting a extra year of eligibility anyway…why not just pass that along to transfers.

My guess is if everyone is getting a extra year of eligibility anyway…why not just pass that along to transfers.

That would certainly cover the part of getting 2 years, but that should not effect the “imediate eligibility”. Generally that happens if there is some strong reason the player had to leave. Something like a coaching change or some reason to be closer to home, etc. But having played a year under Muss kills the coaching angle, and no way Houston is closer to home that Fayetteville for a Tulsa Native.

Will be interesting to see if Jalen Harris gets immediate eligibility at Georgetown.

Now with all that being said, I am pretty sure Arkansas tends to be very supportive with the process and paperwork for its departing athletes, so I have to wonder if that goes a long way in helping them get quick eligibility. And if so, does that mean places like Cal / Vanover were not cooperative?

Still just totally confused on how the NCAA decides to grant or deny these request. It seem as logical as just tossing a coin or rolling the dice.

The NCAA is a joke! With waivers and infractions.

This tweet by Jon Rothstein tells about what is going on with waivers this year. Maybe it is the pandemic, but I remember reading that there have been only 3 rejects so far.

The NCAA continues to hand out waivers like they're seedless watermelon at a 4th of July Party. This is now the "Rules of Engagement". twitter.com/JonRothstein/s…

Source: Pacific's Jervay Green has received a waiver from the NCAA and is eligible for the 20-21 season. Transfer from Nebraska.