Regarding NBA experience on Muss’s team

On today’s Out of Bounds show on Little Rock FM 103.7, Gus Argenal said this

“We have just about as much NBA coaching experience on the Razorback staff as most NBA teams do. That will go a long way for our success at Arkansas””.

That is what Keith Smart brings to this staff. He may not have recruited before, but what an awesome thing to tell recruits that aspire to be in NBA. No other school can say this.

Georgetown and Michigan are two schools that can say this. Maybe not necessarily “coaching” but I’d listen to Ewing and Howard.

I think the difference is the coaches at Mich and Gtown, were players. Smart and Coach Muss were coaches. When we hear from recruits about what they get from Muss is a complete breakdown of their game from an NBA coaching perspective and how he will develop them. It seems to really resonate with recruits. Smart can add to that.

Georgetown and Michigan are two schools that can say this

I have not done the research, but what type of NBA experience do their assistants have. In our case, it is combined experience of Muss, Moser and Smart that I think would tilt the scale in our favor. 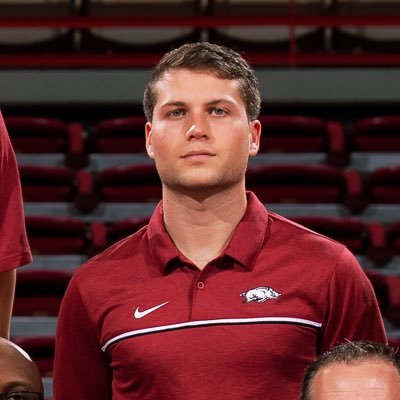 From the NBA to the U of A... our @RazorbackMBB staff is loaded with 60 years of NBA experience. An unmatched resource for our incredible student-athletes. https://t.co/bc7K9Ics4Q 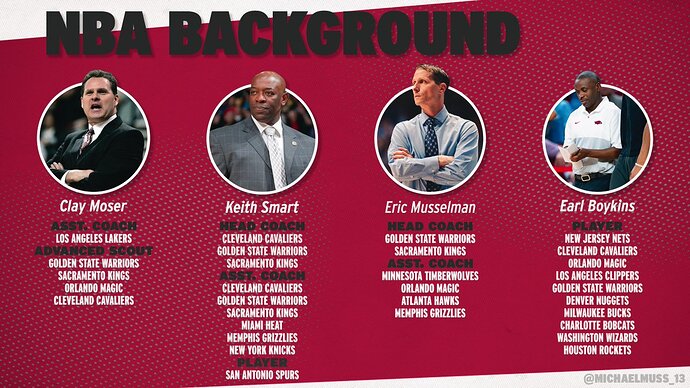 It’s definitely a lot of experience.

No doubt muss is a coach and can break things down, but a lot of players obviously don’t care about that. I think they care what Ewing and Howard have to say though as much was what Muss has to say - that’s my only point.

In a “ chess match” game, I would bet on Muss vs Ewing or Howard. I certainly respect their playing careers and both men have been successful coaching at their schools. I just think that Muss is a better college coach than they are today.

I wouldn’t trade Muss for any college coach.

My point was not who was the better coach. I agree that Muss is.