This column ran in last Saturday’s GameDay supplement that we have in the Northwest Arkansas edition of the ADG.

Looks like it slipped through the cracks and didn’t gt put up on our site.

So here it is: 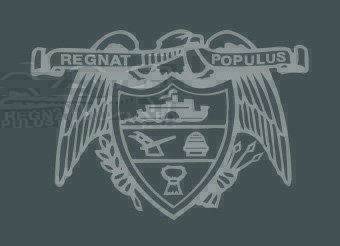 One of the more familiar sights at Arkansas football games over the years has been the numerous official and unofficial visitors on the sidelines before a game starts.

Would like to read it, but can’t because I don’t have a suscription to NWADG. Can someone summerize?

One of the more familiar sights at Arkansas football games over the years has been the numerous official and unofficial visitors on the sidelines before a game starts.

As with so many other things affected by the covid-19 pandemic, that will not be the case this season.

The NCAA has extended the recruiting dead period through December 31 meaning that college coaches can have no in-person interaction with recruits.

Social distancing and masks will be alive and well at football games in an effort to keep the players, coaches, recruits and fans safe from the possibility of passing on the virus.

“I know a lot of us would like to be there for games, but it’s just not possible right now as we all do our part to have our seasons move along,” said Cameron Little of Moore, Okla., Southmoore, an Arkansas kicking pledge.

“I know we will all be watching and thinking about being able to help once we get there.”

Little, who has been invited to the US Army All-American Game in January in San Antonio, is one of 19 pledges in the Razorbacks’ 2021 recruiting class.

Despite not being able to have contact with players on campus, Pittman and his staff have put together a class so far that is ranked 22nd nationally by Rivals, 23rd by 24/7 and 26th by ESPN.

Pittman says his staff will try to stay consistent in its approach and it helps the NCAA is allowing coaches to have unlimited calls to recruits instead of the normal once a week.

“I think it’s just continuing to do what we’re doing,” Pittman said. “Obviously, we can’t do anything first-person until at least January.

“I think I’m very fortunate in hiring a good group of recruiters. And recruiting is constant interaction. I think our guys do a really good job of that, and I think they’re believable because they are just who they are. It’s not a fake persona of who you may be one time and somebody else the next.”

Pittman, whose team has three 2022 commits, believes that genuineness has come across to prospects, their families and their coaches.

“I think kids and families have enjoyed that part of our coaching staff,” Pittman said. “We still have a few more to go, so we’re really concentrating on that and continuing to try to get the 2022 kids.”

Some of the commits were able to make their way to Arkansas Junior Days in Fayetteville in February and March, but almost half of the 2021 pledges have not been to campus.
That could still be the case by the time the early signing period arrives on Dec. 16-18.

The mother of Arkansas quarterback pledge Lucas Coley, an early enrollee from San Antonio, Texas, Cornerstone, tweeted to the NCAA about the quandary her son faces. She wants the organization to rethink its dead period ahead of the early signing date.

In her tweet, she wrote that it is “not comforting” to send him out of state without seeing where he’s going or meeting coaches face to face.

Pittman was asked if it was fair for the athletes to sign early if they had not been to campus “It’s . fair if they want to sign,” Pittman said. “In other words, nobody’s making them sign early. They certainly can sign late. It works two ways. Obviously they don’t know quite as much about us, we don’t know quite as much about them unless they get here.

“However, if they don’t sign early, there’s nothing to say there’s going to be an open recruiting (period) in January, either,” Pittman said. “So either the NCAA decides to push it all the way back or we just go with what’s now and if they want to sign with a team, then sign that early day in December, and that’s a tough situation.”

Pittman is correct, it’s got to be really tough on the kids who haven’t been on campus yet or even met the coaches face to face. Then theirs the parents stuck in the same boat as well. I look for more recruits to wait till the late signing date. But who knows if the dead period will be extended beyond Jan 1st or not.

Would like to read it, but can’t because I don’t have a suscription to NWADG. Can someone summerize?

Don’t feel bad. I have a subscription to the NWA version and I can’t read that link either.

Thanks Dudley for posting it in the thread.