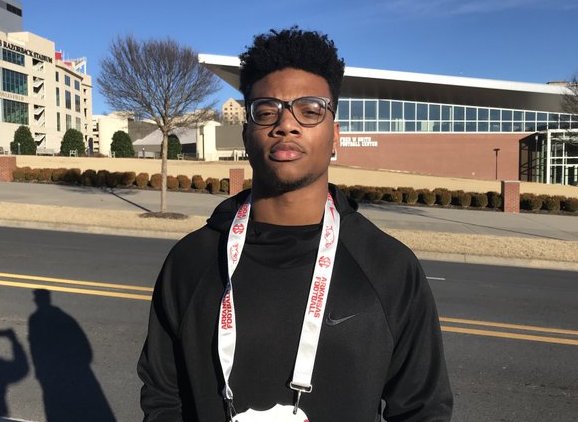 Arkansas picked up its second commitment from Oklahoma in two days when running back Javion Hunt made a pledge to the Razorbacks on Saturday.

I like what I read and see here. I really like the idea of 1 cut and go. That is the only thing that works consistently in the SEC. too much speed to be fooling around.

I really like that the 2 OK guys both are 4.4. That is SEC speed. Slow does not get it at all.

Another stud from Oklahoma. Round’em up, preparing for war in the SEC.

I like him. Doesn’t have elite speed, but has good size and is a very patient runner. I don’t know if I buy a 4.4, he doesn’t look that fast, but I hope he is, that would be very good speed.

Good get. We needed the last 2 commits, much better.

4.40 is elite speed, really elite, for a running back. Most of the time these heights, weights and 40 times are not accurate, as we know. The NFL combine is where the rubber meets the road…it is accurate.

I’m sure he was timed at school. Handheld times aren’t the most reliable.

You usually have two timers and average the two times out.

People use to kid with Michael Smith about his timing. He had a quick finger.

At his height and weight, he is plenty fast. He is not
a small RB.

Not meant to upset anyone, just wondering…why were these two recruits not offered by OU and OSU?