Razorback softball has the #1 recruiting class look out sec 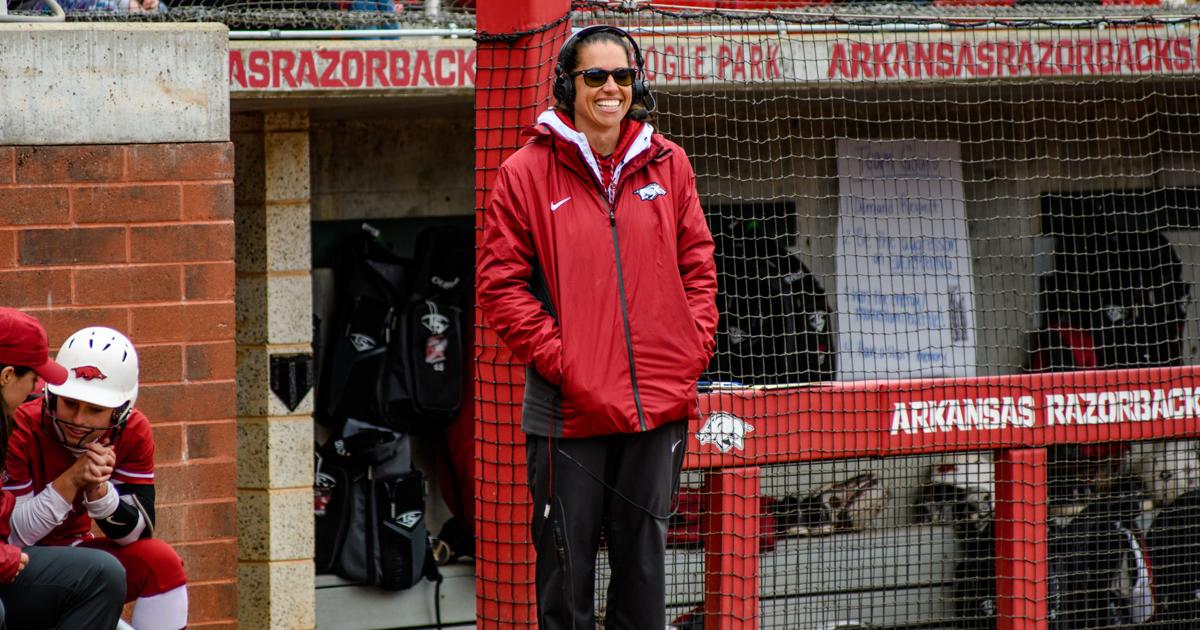 The Razorback softball program signed the nation's top recruiting class for 2022 on Wednesday.

Diefel has it going on!! by all accounts this group is off the charts… 8 of the top 30 in the nation… wow

She is well spoken too. With good looks.

She has got it goin on

And there’s always the portal to raid,

They have by my count six seniors to replace, and all six have been huge contributors (Sides, Malkin, Haff, Ellsworth, McEwen and Gibson). So there will be a lot of new faces in the starting lineup next February.

Sounds like coach has done an excellent job of restocking! That’s an impressive group of players she’s has coming in. Success breeds success and I’m looking for more great success in the future. If they can keep up this level of play and success, she just might be in her way too building a dynasty here in Arkansas softball.

With Gibson, Ellsworth, Sides, Delce, LaValley and Turner coming to Ark via a transfer, there’s little doubt that Ark is known as a place to transfer to and have great success. I expect that when this season is over there will be several quality transfers wanting to come to Arkansas. Ark will be reloading and not taking a back seat to anyone in the SEC.

Courtney’s trajectory here as the softball head coach is nothing short of phenomenal. When she took over here in 2015, it seems the program was the very definition of abysmal. 1-28 in the SEC. From there to what appears to now be a top 10 nationally, if not higher, program is amazing. And now, with the #1 recruiting class in the country. The next step, hopefully headed to the college world series this season!

I sure hope we can keep her happy here.

Last salary figures I see for Deifel are in the $300-400K range. Meanwhile the OU coach is making $1 million plus, which was twice as much as any other softball coach as of 2019. Of course she’s won five nattys.

I figured it was top dollar for OU coach

But didn’t figure top dollar for softball was that high

Yep HY better get ready to pony up da $$$ very soon. This transformation of the ladies softball program is incredible to say the least. Future only looks to get even better.
I don’t know what kind of facilities, including training facilities they have. But that may need some attention to.

Deifel is, for sure, easy on the eyes and might get a natty before DVH does. What she has done is remarkable. Pay the lady…and while you’re at it, pay HY!

Yeah and why you at it, pay Billy for all the pain and suffering the freaking baseball team has put him through,probably taking about 5 years off his life and it his age he don’t need to be giving up any LOL

Lord knows I use enough of Aleve I need to.

Billy, if you’d lay on the couch more rather than working out you’d save money on gym membership and Aleve….

Lord knows I use enough of Aleve I need to.

Be careful with those pain killers. I spent two solid years with chronic hives. Every day, sometimes all day, unrelenting. Dr’s couldn’t ever figure out what caused them. Finally after reading everything I could get my hands on about the whats and whys of chronic hives, I decided I would just quit cold turkey Ibuprofen (one of the many listed causes of chronic hives).

That was a New years resolution in 2018. Prior to that I was taking 10 to 16 ibuprofen a day for back and shoulder pain for years. A month later, I had my first full day of no hives. Another month and I had my first free week. Since then, I’ve had no hives! In these last 4 years I haven’t taken a single pain killer of any kind. And that’s including after a few minor surgical procedures.

Believe me, chronic back and shoulder pain is much easier to live with than chronic hives.

Thanks Harley. But I really don’t take them unless my back is acting up which is not that often so I was exaggerating a little bit LOL.