Here are the preseason rankings so far for Arkansas:

I posted this in another thread, but it’s worth repeating: The rankings are typically all over the place in the preseason because the voting committees are so small for each poll. Last year, Arkansas was ranked between No. 12 and No. 25 in all of the preseason polls.

We use the USA Today coaches’ poll as our ranking of record, and that should be released sometime next week. The NCBWA and Baseball America polls have also yet to be released. 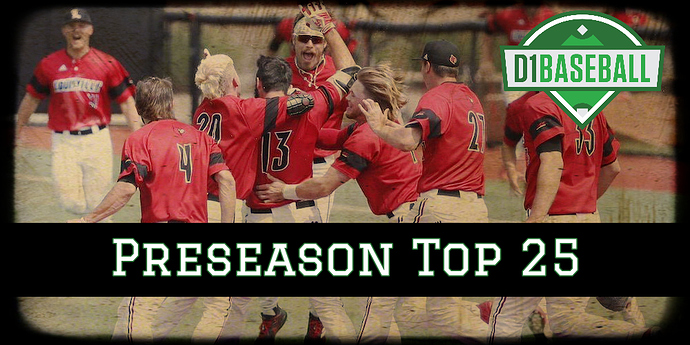 For the first time in the history of the D1Baseball Top 25, Louisville is ranked No. 1 heading into 2020, headlining preseason rankings chock full of ACC and SEC contenders.

Arkansas is No. 11 in the Baseball America poll.

Baseball America is a little low on our hogs!

Arkansas is No. 5 in the coaches poll. I’ll need to double check this, but I believe that is the second-highest preseason ranking for the Razorbacks in that poll. They were No. 1 in the 2013 preseason.

Here is the full coaches poll, plus some more on Arkansas being in it: 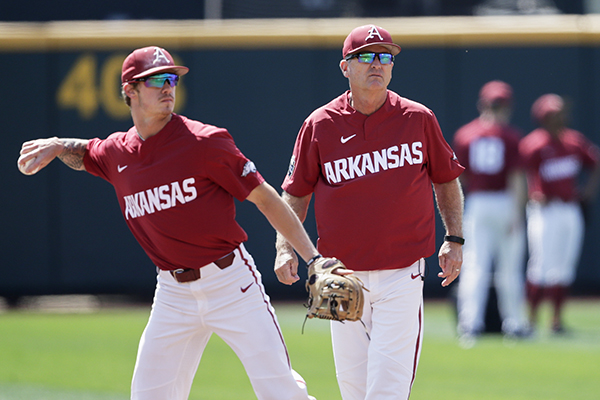 Arkansas will begin the 2020 season in an increasingly familiar situation: highly ranked.

• This is the 42nd consecutive coaches poll that Arkansas has been ranked dating to March 2017.

The poll dates to 1992, but I only have access to preseason polls going back to the mid-2000s. My guess is that the Razorbacks weren’t ranked in the top 10 in any of those early years in the SEC.