Rankings for week of March 28

The Razorbacks are No. 2 in the coaches poll. 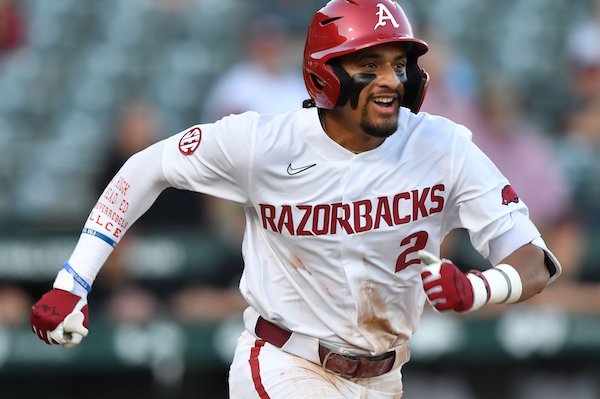 Razorbacks move to No. 2 in baseball coaches poll

Arkansas moved to No. 2 in this week’s USA Today Baseball Coaches Poll following a series win at Missouri.

Our record is good, but I can’t help but think we’re getting a lot of credit for how well we did last year. We’re starting with the easier part of the SEC schedule. (By “easier” I don’t mean “easy.” I just mean it appears the better teams are later in the season. MSU would normally be one of the hardest, but they don’t appear to be quite as good as they were last year, either.)

We don’t seem to be nearly as good this year (so far) as we were last year. That said, that may not be a bad thing. Was it great to be ranked # 1 almost all year? Yes. Great to win the SECT? Yes. Would I have given both of those up to beat NCState one more time and go tot the World Series? In a second.

I am hoping this team gets better and better and ends up passing up last year’s team as far as the playoffs.

Oh, no doubt about it. It’s the CWS that counts. Also know the best team doesn’t necessarily or even commonly win the CWS. But being the best still gives you the best chance of doing so. Besides, winning now has a lot to do with tourney seeding & that can also help. It just didn’t make the magical difference for us last year.