Just a few thoughts on our QB room and college QB’s in general.

I’ve always thought you needed at least five practicing QB’s. Four on schollies and at leasr one walk-on. With the advent of the portal it becomes even more critical.
Just to hold a normal practice you need four (to run all the various passing drills, run the home team offense and to run the scout team). Many don’t realize how many throws are made during drills (literally hundreds) and you need real QB’s (not GA’s or asst. coaches) throwing it to give receivers and DB’s the appropriate look.
QB arms get tired (just like a pitcher’s does) and KB mentioned arm fatigue during the Gauntlet drill they recently did in practice.
Once the season starts and you get an injured QB, the need for depth becomes hyper-critical.
Our current situation could ultimately affect play calling next year, both discouraging KJ from running and limiting Hornsby’s game reps in a non-QB role (risky putting your #2 in a place to take shots from SEC cornerbacks).
The thoughts above made me really hone in on Briles’ praise of the transfer QB Fortin in today’s video. We may very well see him taking meaningful snaps in the Fall.
It doesn’t sound like Renfro will be ready to go.
Anyway, just my thoughts ….I’m a worrier…and I’ll always be one when it comes to the Hogs having adequate depth, especially in the QB room.

My thoughts exactly. Very curious decision not to sign any QB’s in the last class.

We’ve got four QBs. Renfro will be ready to go by August. And there’s always the portal.

I hope so. KB didn’t sound as optimistic about his readiness. Fingers crossed.

I think it’s harder to develop QB depth for everyone these days. Most guys are not interesting in sitting for three years to maybe get a chance to start as a redshirt junior. QBs are more transfer prone that any other position. That’s been true for a while, and the portal just keeps the trend rolling.

Our QB room does not seem to be any worse than most teams that have a proven starter coming back. It’s actually nice to have a guy like Fortin available who has played in major college games.

The use of preferred walk-ons (like Jack Lindsey) is extremely important to just operate a practice. They are needed in the summer, too, when pass skeleton develops timing. I’m sure there is a search going on to add some prospects. You never want to have to go to the intramural field to find someone to get you through a game.

You never want to have to go to the intramural field to find someone to get you through a game. 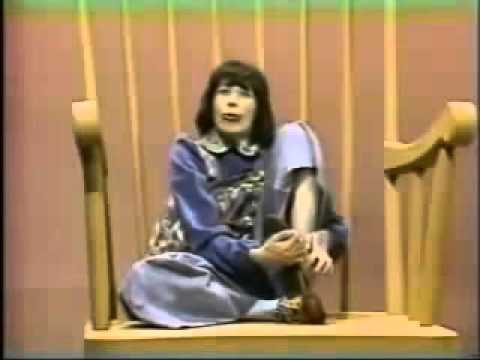 Arkansas is bringing in a quarterback to help with the scout team work in the fall. Numbers at the position should be fine when Renfro gets back in the swing of things.

Pittman said the reason Arkansas did not sign a quarterback this year was because the coaches felt good about their personnel for the upcoming year and because they thought it would help with their recruitment of some highly rated QBs in the 2023 class.

I totally agree the portal is changing things forever, especially in the QB room. I just remember the year that Clay mentioned, when we ran through four QB’s and had to hit the intramural fields for a starter. Therefore, I’ll keep worrying. I guess it’s an age thing…not sure how many more seasons I’ll get to watch.

You always worry about QBs getting hurt when you have QB runs as a legit part of the offense and/or the OL does not protect very well. It’s hard to have a good QB2, much less a third stringer that could run the offense decently.

Now we happen to have a couple of better than average walk-ons QBs who have been in Power Five programs, which is a bit of comfort. But it would be high anxiety time for this team if KJ missed any significant time. Hornsby appears to be making strides, but it looks like he’s going to play some WR/slash stuff, which means he could get beat up too, and he just has not played that many college snaps.

With Hornsby playing at WR, I know its about utilizing the talent and speed & getting your best players on the field. But I have to think the staff are confident enough in 1 or more of the other QB’s to run the offense somewhat effectively in a pinch if KJ & Malik go down. (God forbid).

I wonder how different USC, in Pete Carroll’s heyday, would have looked if the transfer portal would have been in place. There were several years where it seemed Pete had the best 3 QBs in the country all on his team. Number 1 QB starting, #2 QB backing him up, and, #3 QB waiting 3 years so he could start a year or 2. I think I even remember a USC QB, who never started at USC, getting drafted pretty early and playing in the NFL.

You’re probably thinking of Matt Cassel, who was the backup to Carson Palmer and Matt Leinart in college, then to Tom Brady for his first few years in the NFL.