Great to see him out there yesterday. We need him. I hope that the week off will let him recover better. He just seem slow and not quick. He has the talent to hit and go. Just was not quite there yesterday. Perhaps I am wrong. Often the case.

Yes, he ran a little tentative yesterday, which is pretty normal for someone returning from an injury. I have a feeling, after these next 2 weeks of getting hit in practice, he’ll come out in the A&M game looking more like he did last year.

I really like what we’ve got from Smith in Boyd’s absence. I hope, during this next 2 weeks, that we can come up with a few plays with both Boyd and Smith in the lineup together.

I agree. Boyd looks rusty. And maybe lacking his usual burst. And, Smith, while not nearly as fast or big as Rakeem, is more more adept at quick lateral cuts…making him a great compliment. Some lanes Rakeem wouldn’t find, Smith does.

All that said, we need much better play from LG and RT before our running game gets going. (I am not calling for a personnel change btw). I’m rewatching, and Stromberg and Clary are working well together. Clary is really balling. Cunningham is playing well too…though he’s probably a better pass blocker than a run blocker. 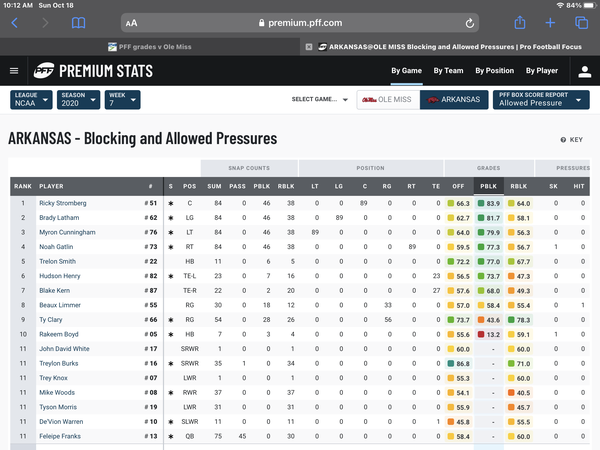