From an article by Peter Gammons about the importance of the catcher pitcher dynamic: “There is a strong feeling that James McCann is a big reason Mets pitching has held together despite the losses of Jacob deGrom and Noah Syndergaard.” 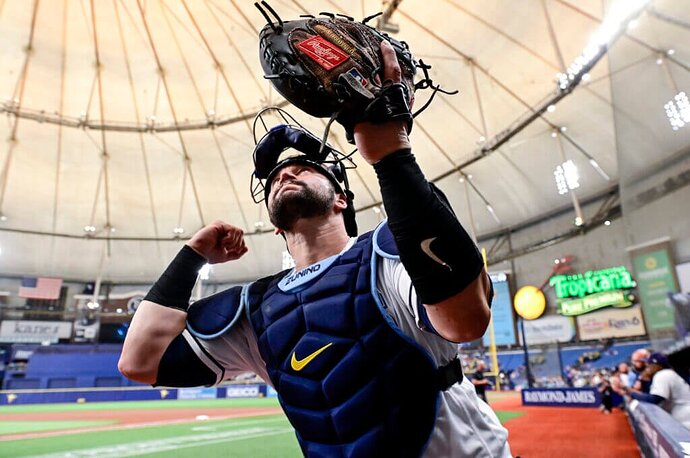 Gammons: In an age of numbers, the catcher-pitcher dynamic is proving vital...

Most of MLB's contending clubs have catchers who understand the human element, and how to get the most out of their pitchers.

I think he needs to watch the Hogs play and how DVH uses his catchers. We have had a string of catchers that were masterful behind the plate with pitchers.

"The college game doesn’t develop catchers, or the mentality to relate to pitchers or make adjustments to the game plan — because they can’t do that from the bench. They call every pitch, and it can take a long time to get a young catcher — even if he has great feet, hands, arm, whatever — to understand all that the job entails because they don’t do it in college, because the college game is about the coaches and the program, not the education of the kid.”

That quote was attributed to “one American League club development leader”, not the author of the article.

There’s a reason he got the big contract and it isn’t his offense, which is fine for that position. Catchers who can manage the game and a staff are worth their weight in gold.

James will likely be a manager when he’s done playing - unless he makes so much money while playing he wants to walk away from the travel and spend time with family.