Moore, Stovall and Wiggins made teams that were announced today. 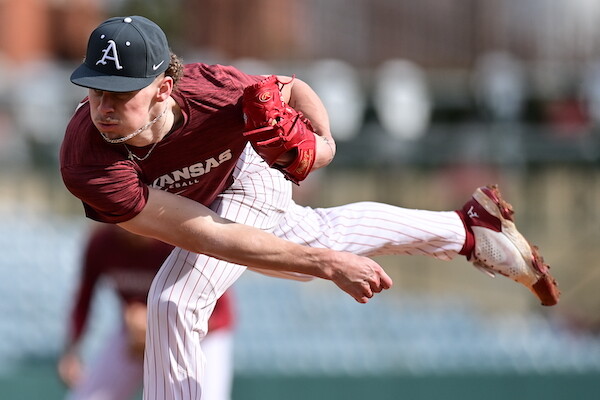 I am surprised that we have not seen Cayden Wallace’s name on any of the preseason All-America teams. I think he might be the Razorbacks’ best player.

I was just about to ask that. Wiggins and Stovall and not Wallace. Makes you question those making those pick if you did not already.

I love Stovall and expect him to do great things but to pick him before he plays a game over Wallace who has already excelled for a full yr. is disrespectful to him,hopefully he takes it out on the baseball this yr.

Surprised by the Wiggins choice. Based on pure potential but not proven play or stats.
Agree on Wallace being left off (head scratcher) after a solid season he had.

Wallace did not have a great season a year ago. He hit .279 and he was an outfielder, not a third baseman. I get him not being on the teams from that perspective.

But the people who put these teams together know what he did on Cape Cod, spoke to coaches about what he did in the fall and see the draft projections for him this year. It’s hard for me to believe there are many third basemen who are better known, and reputation plays a lot into the selection of preseason All-America teams.

I bet he is on some of the teams when the season ends.