From Matt and I: 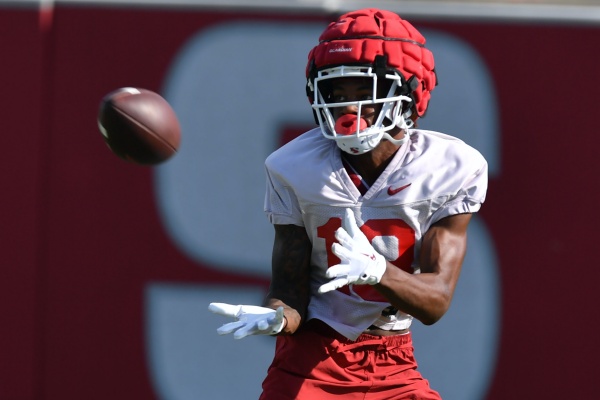 Arkansas’ football team held its second full-scale practice of the preseason in the heat of the afternoon on Saturday.

Matt, is there any chance Hudson Clark is really a starting corner or will play a lot? If so, aren’t we in pretty bad shape? The kid knows what to do, but lacks SEC speed, IMO. I was thinking we were sort of moving away from him.

Was Hazelwood not out there?

in Sam’s practice rundown after day 1 he said Erin Outley was recovering from a bad knee injury and had gained weight and looked more like an OL… Could that be? Erin is smart enuff to know the Jason Peters story and his settling in process under HDN. I know he was big and athletic in high school but could he project to star/stud OL/OT? At least be a Bax for goal line and contribute big.

Yes, he was. Just didn’t go through the Fastball Start, which usually begins right after we walk in. He ran routes on air and did everything with receivers. The names you see at receiver today indicate to me the coaches wanted to get other guys involved.

I think CSP was talking about last year how he was coming off the knee injury from h.s. and that he’s fully recovered now with weight down trying to compete.