Arkansas went through its 10th practice of the preseason on Tuesday. Here are some notes and observations from the 20-minute portion open to the media:

• Players in green no-contact jerseys: Jalen Catalon, Marcus Henderson, Ricky Stromberg, Trent Gordon and Kevin Compton. In the team’s Fastball Start, Catalon ran with the 1s and Gordon with the 2s. Running back AJ Green was again present but not in pads or a helmet. Stromberg and Henderson did not take part in the early team work, but they were active in position drills.

• Art Briles was in attendance today, taking in the early work in the indoor facility then moving toward the quarterbacks on the grass field outdoors as they threw to receivers on air. He also came to at least one workout during the spring and similarly monitored practice.

• Scouts/reps from the Jacksonville Jaguars and Buffalo Bills were in attendance. That brings the number of teams represented at some point in training camp to at least 10.

• There was more movement at tight end. Freshman quarterback Landon Rogers made his debut with Dowell Loggains’ group, and Dominique Johnson, who has been splitting time at running back and tight end, shifted back to tailback.

• Josh Oglesby, who injured a foot in training camp last year, looked to be in obvious pain and favoring one of his feet as running backs went through a pass protection-type drill.

• Here is a look at how depth shook out 1-3 during the Razorbacks’ Fastball Start:

Notes: Jefferson targeted Kern in the left flat on his only throw during the first-team offense’s four plays and it was dropped. Hornsby made a really nice throw while rolling to his left, hitting Stephens for a huge gain. Stephens looked to have beaten Myles Slusher on the play.

Jones got the third-team reps and threw incomplete on a deep ball intended for Turner, who was double covered. Treylon Burks, Trey Knox and De’Vion Warren were present but held out of this segment.

Notes: Plenty of experience along the defensive line in that first group. It is not the first time we have seen that foursome take the field together in training camp. Henry and Pool continue to flip between the first and second team alongside Morgan. Also the second consecutive day Paul and Woodard have worked at the second level with the third team as Deon Edwards is out.

Bush seems to be holding on to one of the second-team cornerback spots. On Monday, he was behind Bishop, but today he backed up Brown while Clark was No. 2 behind Bishop. In the Fastball Start, Gregory applied some pressure on a Hornsby throw and forced a throwaway.

I was critical of Hornsby on the bad throw on the slant yesterday but that throw today was a thing of beauty! bootleg left and threw deep down the field(tough for a RH QB to do) and was perfectly on the money to the WR who never broke stride! Awesome but as I said yesterday,just has to be more consistent and reliable.

Anyone else starting to get concerned with RB depth as Green is MIA and now Oglesby possibly re-injured foot?

Is Knox injured, or just fallen off the depth chart?

Knox was present, he just did not go through the Fastball Start today. Don’t believe there is any reason to be concerned with him.

Is Knox injured, or just fallen off the depth chart?

Suffered an injury when he wouldn’t give a treat to the dog in his Petsmart NIL. The dog chased him around the house and he tripped over a sofa landing on his head. First concussion caused by a dog. Don’t worry though. The dog was flagged for targeting.

• Brady Latham and Luke Jones are going to be battling down to the wire for the left guard spot. Those guys are great kids. Luke is going to give you a bigger kid and is sturdy. Brady is fiery and will get after it every day. They’re attacking each day and doing a good job.

• On Ty’Kieast Crawford: He’s getting better every single day and is doing good things. He’s learning our schemes and language and calls. He wakes up every day striving to get better.

• You’ve got to get the five best out there, but we’re looking for 10 guys, like every other program. My philosophy is you’ve got to have about eight guys in case something happens. I don’t want my heart rate to go up because a particular guy is in the game.

• On Ty Clary: Doing a good job at center and building confidence. In the long term, it’s going to help our offensive line. He is an older guy who has respect from the guys. Do I see him moving back to guard when Ricky Stromberg gets back? Yes.

• I’ve grown a lot as a coach moving from tight ends coach to offensive line coach. I feel really strongly that we’re building every day in my room.

• On the defensive linemen: They have checked the box, the new transfers have. There’s a lot of competition. They skate on the first and second team pretty seamlessly. I think there’s a different look on the edge with some of the ends. It’s impressive what they’ve done, and it helps my guys.

• On Clary’s snapping: He’s growing in his consistency. The first couple days it might’ve been getting to him, but I feel really confident in him right now. He’s the type of kid you need in your program.

• Beaux Limmer is a no-nonsense guy. He shows up every day and I really enjoy coaching him. Dalton Wagner is the old man in the room who keeps everybody laughing. He is a guy with quite a bit of experience. Both of those guys have had good camps.

• Stromberg is going to be back with us “rather shortly and he’ll be ready to rock and roll.” We’re sharpening the blade with him mentally.

You do know his dog died in an accident? 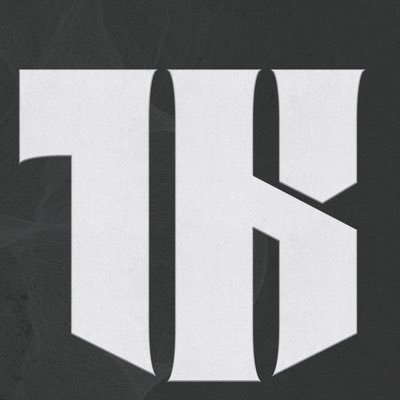 @Fbu1Tk
Unfortunately we lost Blue this morning to an accident. It was an unfortunate situation and what hurts the most, is I wasn’t able to be there with her in the end. We had so many wonderful plans for the future. Blue was a special pup, and will be FOREVER LOVED 💙💙 https://t.co/6Y6cdVwEM2 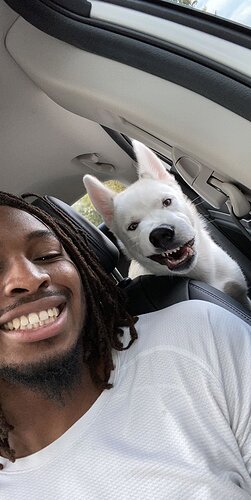 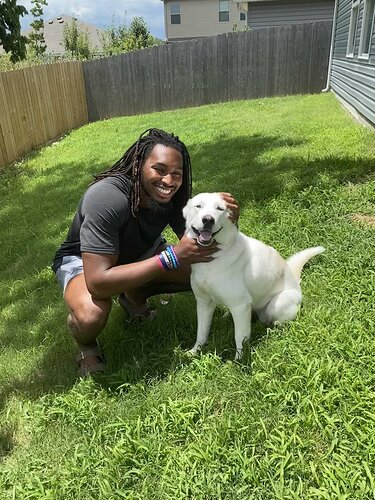 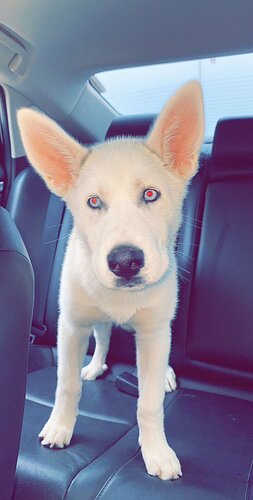 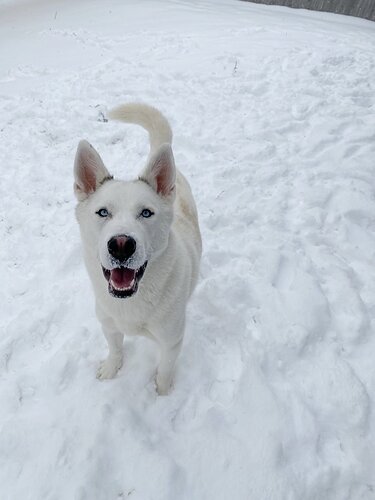 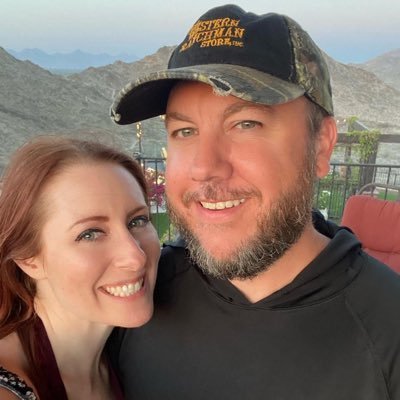 Sad to hear of this loss. We form deep bonds with our pets and it hurts bad when we lose them.

Sad to hear of this loss. We form deep bonds with our pets and it hurts bad when we lose them.

I could never own another dog, never putting myself through that pain of loss again. 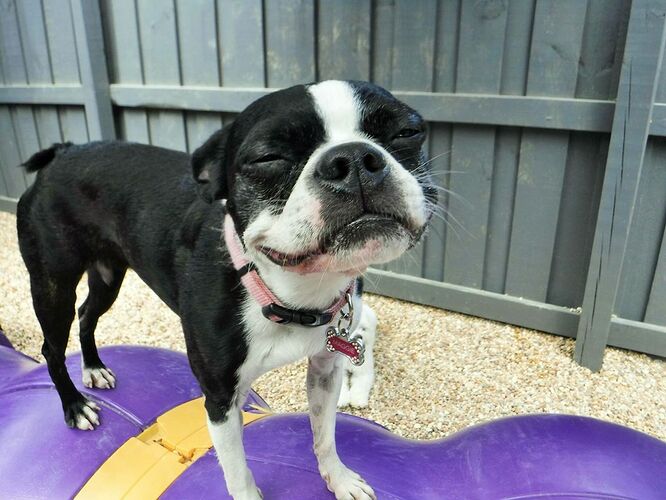 I have not replaced my last Chowie Bear. Chowie was unflappable as chows go. Part of the bond was that our daughter picked him from a liter and she grew up with him. He was so good with kids. The most beautiful pups imaginable. We have a Russian Blue that our son rescued and “Booger” has us all doing his bidding like we are his servants. We love our very precious, funny cat that loves to play chase.

I’ve lost many over the years and it is always so very hard. I still miss them.

In memory of Winkie, Elly, Ziggy, Shades, Bart, Lippy, Tess, Hailey, Giggles, and BOB. They all had various titles, but their most important role was pet.

Our little guy Mr. Bojangles has enriched our lives so much. He loves snuggling up to us and follows us everywhere. And he loves the grandchildren (and they love him).